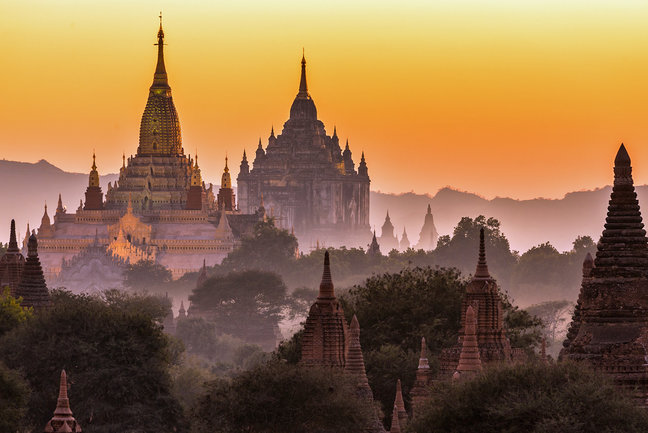 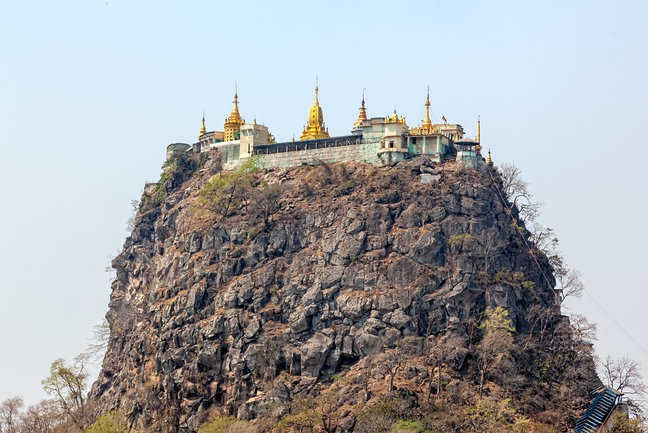 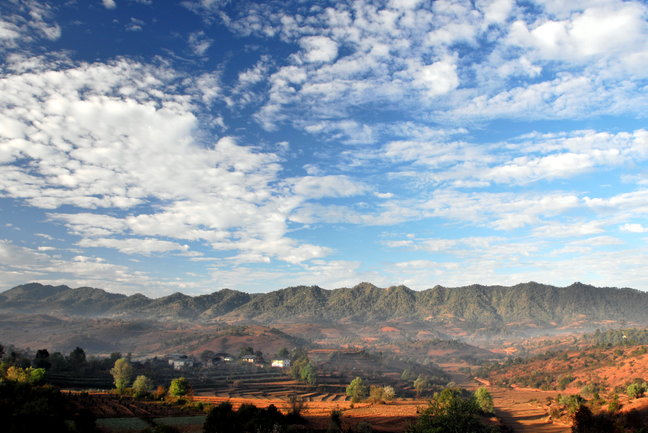 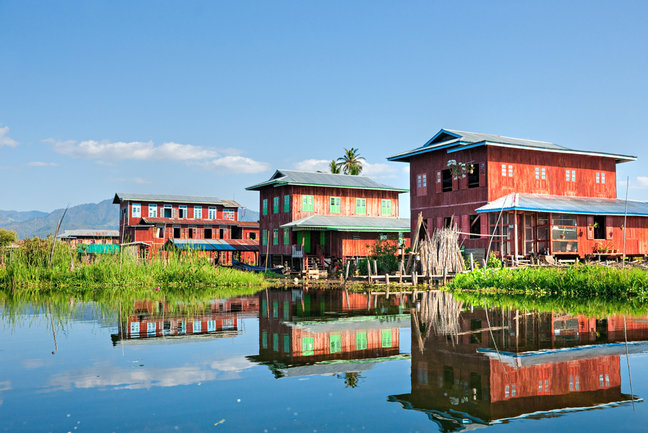 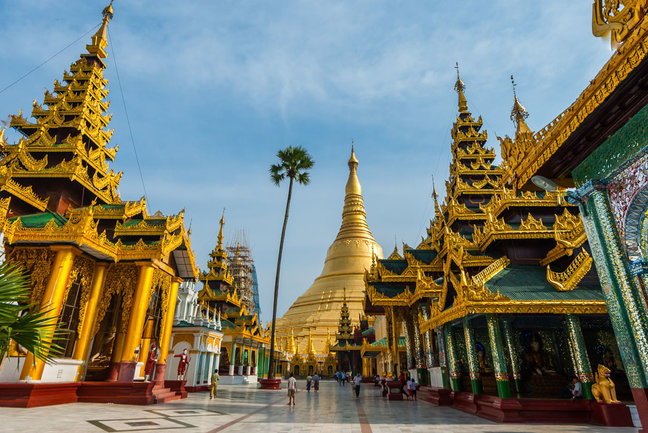 Find out more about the Essential tour of Myanmar

A journey through the stunning landscapes of Myanmar from its fabulous blend of colonial and local architecture in Yangon, spectacular plains of Bagan to shining pagodas in Mandalay and vibrant markets and stilted houses over Inle Lake.

A journey through the stunning landscapes of Myanmar from its fabulous blend of colonial and local architecture in Yangon, spectacular plains of Bagan to shining pagodas in Mandalay and vibrant markets and stilted houses over Inle Lake.

Best time to visit Myanmar/Burma is the dry winter season from November to February.

Formerly the British colonial capital of Rangoon, Yangon remains Myanmar’s largest and most important city. Yangon is low rise, spread wide between the blue of lakes, the green of parks and open spaces, bisected by waterways and wide boulevards. Everywhere the eye rests upon the golden stupas of the pagodas, the tallest structures to break the canopy of teak.

Following breakfast, a drive past vernacular wooden architecture cheek by jowl with the colonial, the modern, leads you to the centre of Yangon, and the gold octagonal stupa of the Sule Pagoda. Kandawgyi Lake (formerly the Royal Lake), five miles in circumference and nowhere deeper than four feet, was created by the British colonial administration to provide fresh water for Rangoon.

A change of pace brings you to the vibrant and bustling Bogyoke Aung San Market, formerly Scott’s Market, where you can barter for crafts, gems, fabrics, from every corner of Myanmar. Continue finally to the highlight of the day, the Shwedagon Pagoda. A reliquary of the Buddha, the pagoda is Myanmar’s most sacred site. Illuminated at night, the golden stupa dominates Yangon’s skyline. Overnight in Yangon.

430 miles north of Yangon, on a bend of the Irrawaddy River lies Bagan, the ancient capital of the Mandalay Region of Myanmar. From the 9th to 13th centuries the city was the capital of the Kingdom of Pagan, the first kingdom to unify the regions that would later constitute modern Myanmar. During the kingdom's height, between the 11th and 13th centuries, over 10000 Buddhist temples, pagodas and monasteries were constructed in the Bagan plains, around 2200 surviving to the present day.

Begin your discovery of Bagan with the Shwezigon Paya, the prototype of all Buddhist Burmese stupas. The paya, or pagoda consists of a circular stupa covered in gold leaf, surrounded by smaller temples and shrines. Completed in 1102 AD, during the reign of King Kyansittha, the pagoda is believed to enshrine a bone and tooth of Gautama Buddha. Within the compound of the paya stands a stone pillar inscribed in the Mon language by King Kyansittha. The Gubyaukhyi Temple at Wetkyi – Inn, constructed in the 13th Century and housing a richly depicted life of the Buddha, illustrates the evolving art and architecture of the Kings of Bagan. From Ananda Pahto, one of the largest, finest and best preserved of the Bagan temples continue to Manuha Temple, enshrining 3 seated and one reclining Buddha images, to complete your day watching the sunset from Shwesandaw Paya, the first monument in Bagan. Overnight in Bagan.

Mt Popa rises abruptly before you from the surrounding plain as though placed there magically by the spirits or nats, that the Burmese believe to inhabit it. As you climb the staircase, sheltered from the sun, that winds to the monastery at its peak, the monkeys that share Mt Popa with the spirits will keep you company. Overnight in Bagan.

Take a leisurely drive to former royal capital Amarapura, and the imposing Mahagandayon Monastery. From here, head to Sagaing, the spiritual centre of Myanmar. Sagaing Hill, also known as a living Bagan contains hundreds of stupas, monasteries, temples and nunneries. Crossing the Irrawaddy by ferry you will come to Inwa, once a royal capital, now a quiet rural oasis. Complete your day at U Bein bridge, made from teak and extending a kilometre across Taungthaman Lake. Overnight in Mandalay.

Following breakfast, a short drive brings you to Myanmar’s most venerated image, the Mahamuni Paya, the gold leaf covering the image laid to a thickness of six inches, then to the Shwenandaw Kyaung, otherwise known as the Golden Teak Monastery. Continue to the monumental seated Buddha at Kyaukawgyi Paya, carved from a single block of marble, and the elegant gold stupa of Sandamani Paya. Your morning is completed by a walk through the thirteen-acre site of Kuthodaw Paya, where the avenues of stone tablets recording sacred Buddhist texts are also known as the world’s largest book.

After lunch, transfer to the Mandalay jetty to board a private local boat for a 1-hr cruise on the Irrawaddy River to Mingun. Here you can explore the vast ruins of the Mingun Paya. The Mingun Pahtodawqyi, a massive brick structure, was left unfinished after an astrologer predicted the King’s would die should the temple be completed. Overnight in Mandalay.

Transfer to the airport for a flight to Heho. On arrival, transfer by road and boat to your resort on the Lake.

Experience the tranquillity of Inle Lake as you float between islands, past villages raised on stilts above the water. Glide through the floating gardens, past the magical Phaung Daw Oo pagoda, step off your boat at Inn Paw Khon village to wander past women weaving garments from silk and lotus, rolling cigars, men beating iron in the hellish heat of the forge. Overnight on Inle Lake.

Travel the airport at Heho for departure. Or extend your holiday to include a few days at Ngapali beach.