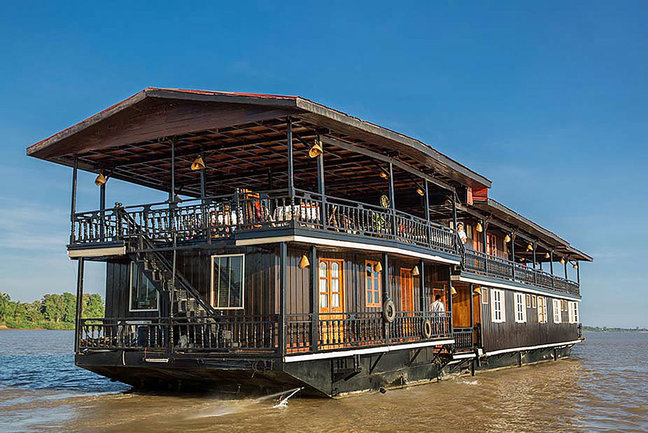 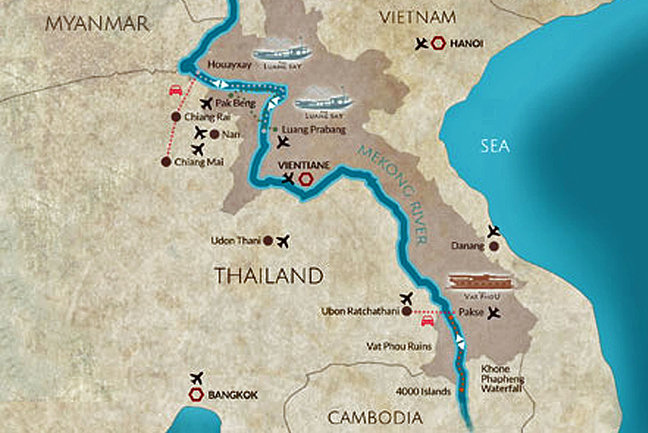 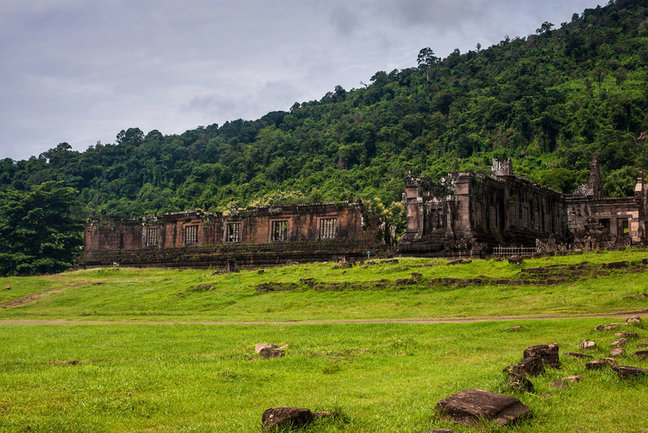 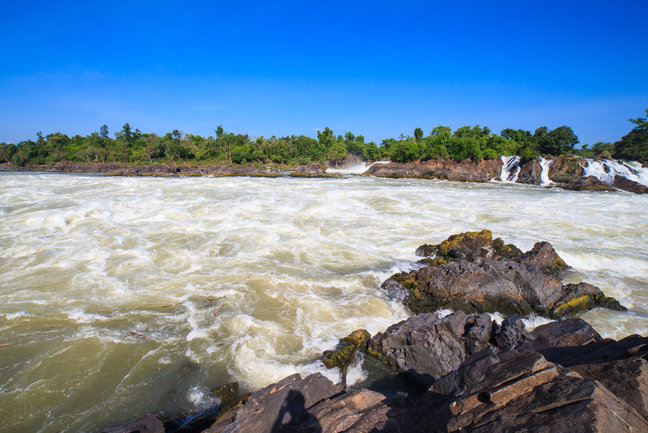 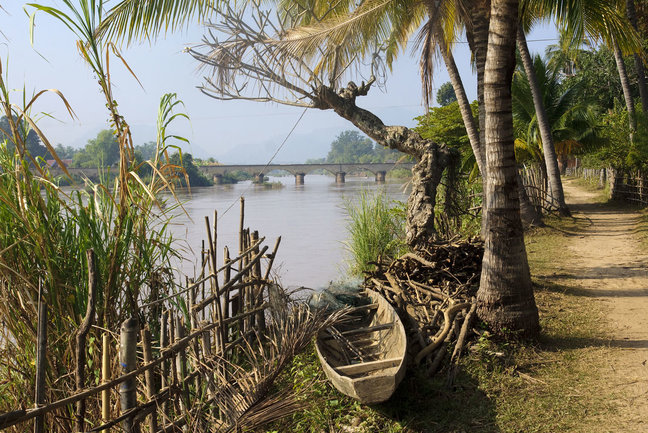 Find out more about the Vat Phou Cruise in Laos

Cruising in Laos – Vat Phou Cruise The Mekong is the artery of life in Laos: a trading route, a source of food and water, and a social centre for the settlements along its banks. Known locally as The Mother of Waters, the Mekong River has been venerated and worshipped for thousands of years.

The Vat Phou Mekong Cruise is a journey that starts and finishes in Pakse. Journey in style along the Mekong River and discover an area rich in village life and Khmer ruins, take in the quiet river setting and relax by a nearby waterfall.

Best time to visit Wat Phou is during the dry season from November to March.

Departing 09h30 – 10h00 - After meeting at the Sinouk Coffee House in central Pakse at 9:30 am, we transfer you to our cruise boat via long tail riverboat, for your 2.5-hour journey to Champasak. Lunch will be served on deck.

The highlight of the afternoon is the Vat Phou ruins – the majestic pre-Angkorian 10th-century temple complex. The ruins are eight kilometres away from Champasak Township, where the boat will wait while you take a short 30-minute tuk-tuk ride to the ruins.

As dusk falls, we transfer you back to the Vat Phou boat for a chance to enjoy the tropical sunset on the deck. Dinner is served on board, while the boat docks for the night alongside a remote Laotian village.

Breakfast is on board as you set sail for the village of Tomo. This is a small village a few minutes’ walk from the mysterious hidden forest temple of Oum Muong.

Named for the stream running behind the ruins, Oum Muong is a small temple built in the 9th century in dedication to Rudani, a consort of Shiva. The most predominant feature of the ruins is the unusual lingam with four faces at the tip.

A wall of laterite blocks, once three meters high, surrounds the temple. Beyond this wall is the first, and best-preserved entrance pavilion or gopura, built of laterite with a sandstone door and window frames.

Other stone pieces lay scattered amongst the trees, including a boundary stone, a lintel depicting the god Indra and some naga buttresses. The naga is a many-headed serpent and inhabitant of the underworld, common in many stories of both Hindu and Buddhist cosmologies. At the centre of the enclosure are three east-facing brick towers.

Lunch is on the deck, while we leisurely sail closer to the wild paradise known as the 4,000 Islands. Late afternoon, disembark from the boat to walk through Ban Deua Tia, a small Laotian Village where the traditional way of life has not changed in centuries, you will also visit the local school and share some time with the students.

The day’s cruise finishes at the most northern tip of Don Khong, the largest inhabited island in the river archipelago. After dinner, the evening is yours to relax and enjoy.

Your cruise on the Mekong will also take you to Ban Deua Tia located on the mainland of the west bank of the southern Mekong River. The inhabitants are Lao Loum (the ethnic majority of Laos), lowland Lao people who traditionally dwell near rivers and areas of abundant water. Their religion is Buddhism and like most Lao people, they still practice some forms of Animism.

Their main sources of income in this village are farming, cultivation of crops, fishing and also the distillation of Lao whisky. Produce not required for village consumption is sold to merchants who trade up and down the Mekong River.

Ban Deua Tia has one school (up through elementary school level) that we visit and one temple. They have electricity in the village but do not have a water supply. They have to pump their water up from the Mekong River.

While you have breakfast on the deck, the Vat Phou boat cruises down the Mekong to the small village of Ban Veuthong, where you board a small boat to meander among the 4,000 Islands to Khone Island. You will visit the old French railway, the French colonial house and walk across the bridge that links Khone and Det Islands.

Enjoy a lunch at a local restaurant on Don Khone Island along the banks of the river. This afternoon you will visit the Khone PhaPheng waterfalls, the “Niagara of the East”.

The Pha Pheng Waterfalls have become the border between Laos and Cambodia. These waterfalls separate the upper Mekong from the lower Mekong, completely sealing off the two sections from navigation and the transport of goods, and creating a separate history for each.

France annexed Laos into its Indo-China colony in the late 19th century. They hoped to transport valuable goods from Yunnan, in southern China, to Vietnam, for export. The falls of Khone Pha Pheng, and other similar, smaller ones at this point in the river, made that dream impossible to fulfil.

The Mekong River roars over a one-kilometre long ledge and drops around 30 metres into the lower basin of the waterfalls. There is a pavilion just above the falls which provides a great lookout over the waterfalls.

The extremely rare Irrawaddy dolphins reside in the Mekong River in southern Laos and northern Cambodia. They can grow to a length of 2.5 metres, are blue-grey in colour. The best time to view these dolphins is when the river levels are low (February and March). Amazingly, the dolphins are able to migrate up the river, past the rapids and waterfalls that defeated all the ingenuity of man. After this visit, you will transfer by bus to Pakse.