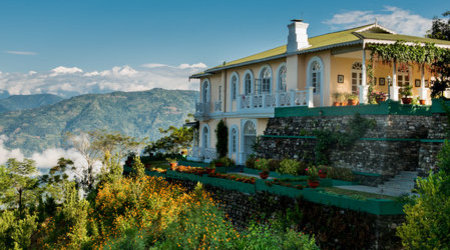 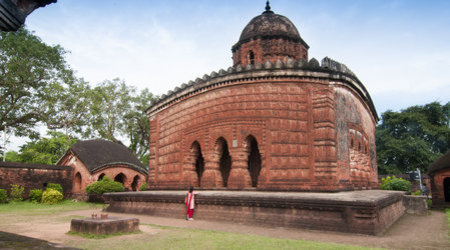 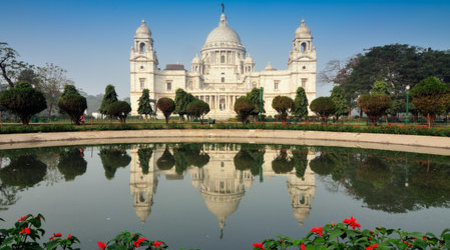 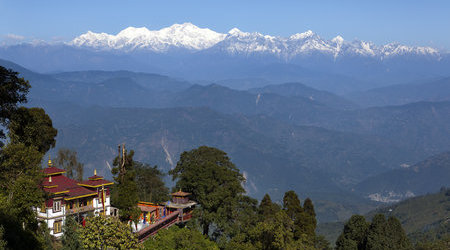 Time for something different
Rajasthan and Kerala tend to monopolise the attention of most first-time travellers to India – and with good reason. But once you’ve ticked off the Taj and the Backwaters, where next?
Our hot tip for 2019 is West Bengal – a region that’s been largely off the tourist map for decades but which finally seems to be getting its act together, with some great new properties and unique experiences to complement its distinctive, traditional culture and world-class historic monuments - most of which remain unknown outside India.
Our recommended route, which starts in Koklata and ends in the hill state of Sikkim, encompasses an extraordinary spectrum of landscapes. You get to experience rural life along the Hooghly River, as well as the compelling mayhem of India’s most charismatic metropolis. You’ll see some amazing ruins and vestiges of colonial capitals, witness Hindu and Buddhist rituals in wonderful old temples and monasteries, and also have unforgettable panoramic views of the world’s highest mountain range in Darjeeling and Sikkim.
Here’s a step-by-step guide for a two - or three-week - trip guaranteed to yield a bumper crop of travel memories!

City of Joy
Calcutta had a name change back in 2001, since when not much has really altered in the capital of West Bengal. Decades of Communist rule resulted in sluggish growth rates and a tourist infrastructure that bears no comparison with states such as Rajasthan and Kerala. But from the visitors’ point of view, this adds considerably to the city’s allure. Unlike Delhi, Hyderabad, or Chennai (Madras), Kolkata has retained much of its old-world charm.
Start your explorations after breakfast with a stroll around the wholesale flower market on Malik Ghat, watching the locals bathe and exercise on the riverbank afterwards, beneath the steel cantilevers of the iconic Howrah Bridge. Then visit the grandiloquent Victoria Monument, constructed at the height of the Raj when this was the capital of British India, before taking in the fabulous collection of antiquities at the museum. After lunch, mingle with the politicians, students, artists and intellectuals at the legendary College Street Coffee House before a late-afternoon tour of the Kali Ghat temple – one of the few surviving remnants of pre-colonial Kolkata.
In the evening, enjoy a slap-up Bengali thali at the Ballygunge Place, located in an elegant, white-washed bungalow in a well-to-do district of the city. The restaurant does refined, aromatic dishes drawn from historic cookbooks, including one from the home of the poet Rabindranath Tagore. Try the signature ‘pabda macher jhal’ (river fish prepared with mustard paste and poppy seeds).

River Cruises in West Bengal
Before the construction of the railways in India, the principal artery of long-distance travel from Calcutta was the Hooghly River, a tributary of the Ganges flowing across the northern plains. Each year, a flotilla of steamboats would ply the great waterway during the annual transfer of the imperial capital to Shimla, in the Himalayan foothills.
Now you can relive the romance of this epic journey, travelling through one of the country’s least explored corners by luxury cruiser. Run by the Assam–Bengal Navigation Company, the new passenger ships were built to resemble old, colonial-era craft, with double decks and interiors of polished teak and brass. The cabins are air-conditioned and en suite. A wood-lined bar and dining room provides comfortable space to relax, while a large canopied deck is perfect for watching life drift past on and alongside the water.
The trips are punctuated at regular intervals with stops at historic sights, wildlife parks and places of cultural interest – including some fabulous colonial-era palaces, craft workshops and temples. You could easily incorporate a cruise into the route described in this blog – your tour operator will have plenty of suggestions on how to do this – or tack one end of your tour. Other routes, which can be connected to the Bengal stretch, venture further northwest through neighbouring Bihar along the Ganges.

Bengal's Silk Route
Join the floods of traffic crossing Howrah Bridge just after dawn to catch a train north into the rural heartland of West Bengal. Breakfast and snacks are served on-board, as the bucolic Bengali farmland slips past your window.
Four hours later, you’ll arrive at the town that served as the region’s capital before the rise of Calcutta: Mushidabad. A vivid sense of the world-beating wealth originating here in the 18th and 19th centuries is the vast, Georgian-style Hazarduari Palace, built for the local Nawab in high Neoclassical style. Think Blenheim with a coast of yellow paint!
The best place to stay in the area is the recently opened Bari Kothi heritage hotel, a mansion originally belonging to one of the Bengal’s richest families of silk merchants and bankers, which overlooks the Baghirathi River. Spend a couple of days visiting local monuments, old mosques, weavers’ workshops and potteries, and some famous terracotta temples.
In the evenings, you’ll be able to attend candle-lit performances by troupes of Sufi musicians called Fakiris, and recitals by local Raibeshe dancers – part of a thriving local folk culture.

Meet the Sadhus
From Murshidabad, a recommend detour takes you to Tarapith, a temple town famed across Bengal for its Tantric shrine and adjacent cremation ground, a gathering place for red-robed Aghori sadhus. Aghoris are a Tantric order of itinerant mystics whose ritual practises include smearing their bodies with ash and drinking blood from skulls. Contrary to their popular image, they’re actually rather docile, spending most of their lives high on cannabis (the drug is closely associated with the worship of Shiva throughout India).

Lost Cities
Next stop are the archeological sites of Gaur and Pandua, near the town of Malda. Gaur holds the remains of several cities that prospered on this stretch of the Ganges for over a thousand years before the arrival of the East India Company. The ready source of basalt stone in the nearby Rajmahal Hills provided material for the impressive mosques whose remnants today tower rise above the surrounding mango trees. Pandua is the site of what was, in the late-14th century, India’s largest mosque – a vast building modelled on the Great Mosque in Damascus, retaining dozens of domes and a vast façades.

To the Hills
Take an early train to New Jalpaiguri from Malda, then drive from there on to the hill station and tea centre of Darjeeling. Dense oak and sal forest cloaks the high, undulating ridge on which the hill station was founded by the British in the 19th century, at a refreshing altitude of 2,200m. For much of the year, the skies remain blue and air blissfully cool. Whole hillsides of lush tea gardens carpet the surrounding slopes. You can watch the pluckers at work amid the terraces, marvel at the rhododendron flowers in the botanical gardens, and enjoy the old-world atmosphere of the town itself, with its mock-Tudor bungalows and Gothic churches.
Darjeeling’s signature experience, however, is the climb to the top of Tiger Hill (2,585m) shortly after dawn, when you can enjoy a superb panoramic view of Kanchenjunga and the northeast Himalaya.
No visit to Darjeeling is complete with a trip on the glorious little Himalayan Railway, a narrow-gauge line built by the British at the end of the 19th century, and the only one in India that still uses steam locomotives. Kurseong provides the perfect target for a short taster ride. You can be met at the station and driven back to your hotel in town afterwards.

Sikkim: Gateway to the High Himalayas
From Darjeeling, another half day’s drive north takes you to the little Himalayan state of Sikkim, a predominantly Buddhist region of deep, lush valleys where rhododendron forests frame views of shining snow peaks.
Our recommended base is the ridgetop town of Pelling, from where you can visit wonderful Pemayangtse Monastery. The complex occupies a plum spot on a high hilltop surveying a jaw-dropping sweep of foothills, valleys, forest and icy summits – one of the loveliest places in the whole Indian Himalaya. The gleaming white tops of Kanchenjunga, the world’s second highest mountain, can clearly be seen to the north.

The tour described above was devised by Transindus, the India Specialist Travel Company.

TransIndus is the UK's leading specialist for tailor-made holidays and group tours through for Asia.
Share
Categories: Destination Travel
BACK
Blog categories