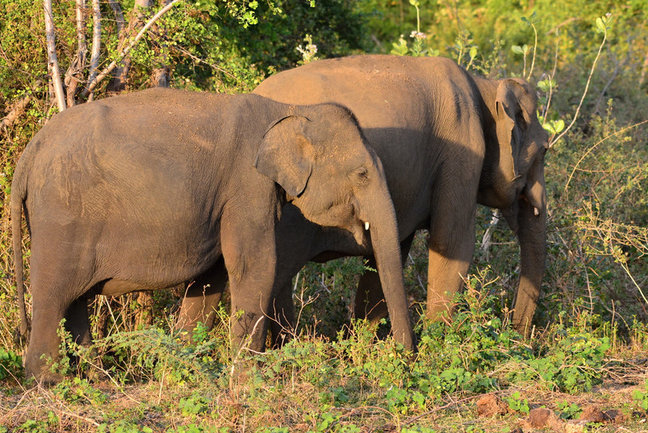 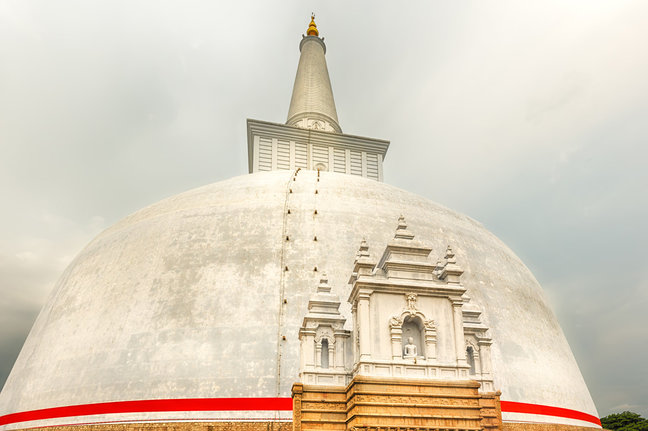 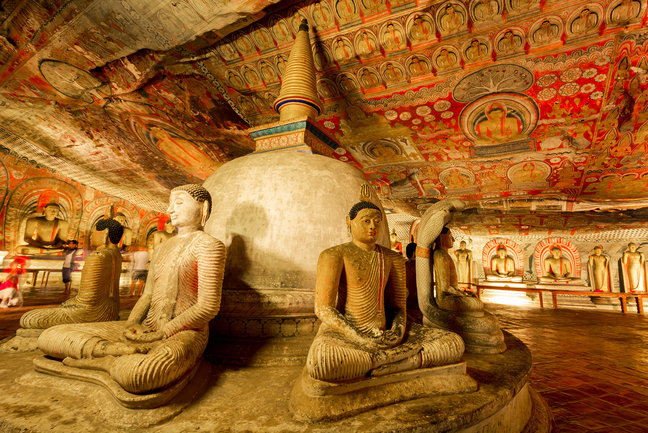 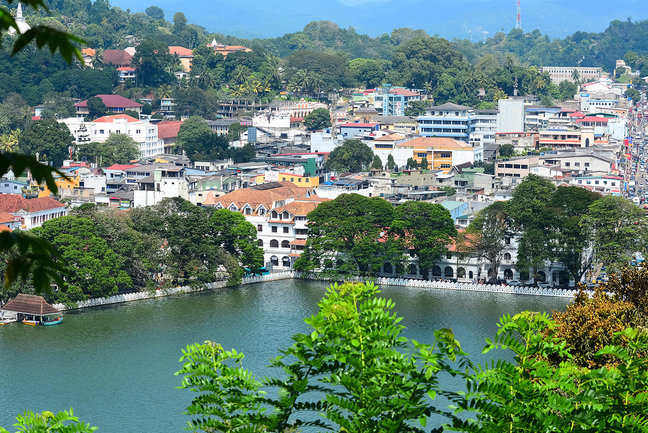 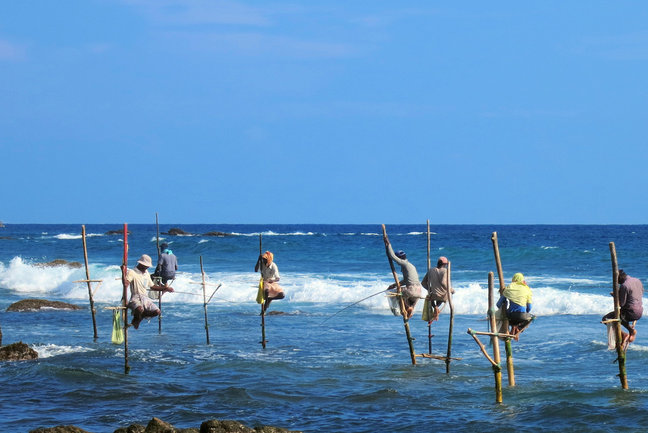 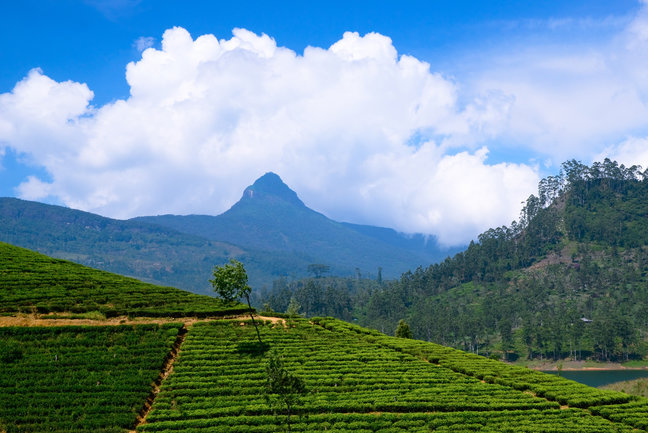 Find out more about the Sri Lanka mini round island tour

Explore Sri Lanka, a country with 2,500 years of rich history and 8 World Heritage Sites. Visit ancient kingdoms and pay homage at the cradle of Buddhist civilisation. Wander through tea plantations, see an extraordinary range of wildlife at National Parks before extending your holiday on one of the world class beaches of Sri Lanka.

A mini tour of Sri Lanka by private car and driver

Day 1: Arrival and transfer to Kandalama

Meet on arrival at the airport and transfer to Kandalama. Stay 3 nights.

The Maha Bodhi (Sacred Bo Tree), which is over 2200 years old, was brought here as a sapling. This tree is the oldest historically documented tree in the world. To add to this glory, the famous dagoba in Sri Lanka, Ruwanweliseya (2nd century BC) and The Brazen Palace too are found in Anuradhapura. Other major attractions include the Samadhi Buddha statue and the Isurumuniya Rock Temple which is famous for its rock carvings. Transfer from Anuradhapura to Mihintale. Mihintale is where Buddhism was introduced to Sri Lanka. Regarded as the cradle of Buddhism in Sri Lanka, this rock is riddled with shrines and rock dwellings. A grand stairway of 1,840 steps made out of granite slabs 2 inches wide leads to the summit from where you would get a splendid view of the surrounding countryside.

Sri Lanka’s most popular historic site, Sigiriya is the 5th century rock citadel of King Kasyapa. This 200 metres citadel was home to his palace on top of the rock and derives its name as it appears to resemble the outline of a lion from a distance. King Kasyapa built his palace and decorated its walls with olourful frescoes which can even be seen today. When you climb along the side of the rock, about halfway up, you will encounter a gateway that although in ruins, resembles a gigantic lions paw. Today, Sigiriya is a UNESCO listed World Heritage Site and remains as one of the best examples of ancient urban planning in Sri Lanka. Transfer from Sigiriya to Polonnaruwa. Polonnaruwa became capital of Sir Lanka following the decline of Anuradhapura. The ruins of the Royal Palace and various buildings and struc-tures can be seen even today. Other highlight of this city is the Gal Viharaya which has 3 splendid statues of the Buddha in ‘Upright’, ‘Sedentary’ and ‘Recumbent’ postures carved out of rock, the Audience Hall, the Lotus Bath, the statue of King Parakramabahu, the former Temple of Tooth Relic, Shivan Temple, Lankathilake, Watadage, Galpotha, and Kiri Viharaya

The Dambulla Cave Temple, also known as Jambukola Viharaya is a World Heritage Site and is the largest preserved cave temple complex in the country. Although there are more than 80 documented caves in the area, the temple itself is spread over five. These caves contain statues and paintings that chronicle Lord Buddha and his life. There are 153 Lord Buddha statues, 3 statues of Sri Lankan Kings and 4 statues of Gods and goddesses found here. The latter include those of Hindu Gods Vishnu and Ganesh. The murals cover over 2,000 square metres in area. The largest image of Lord Buddha is a carving that spans over 14 metres. Transfer from Dambulla to Matale Matale, known for its welcoming climate is world famous for its spice gardens. Here you may experience the intricate processes that result in Sri Lanka producing some of the best spices in the world. Transfer from Matale to Kandy. The World Heritage Site, Kandy, was the last capital of the Sri Lankan Kings, before the country was brought under British rule in 1815. Famous for its rich heritage and splendour, this magnificent city was last ruled by Sri Wickramarajasinghe. The Temple of the Tooth Relic is the most significant highlight of the city along with Kandy Lake and the town. Visit the Kandy Town and Bazaar, the arts & crafts centre, a gem museum and a lapidary. In the evening, visit the Temple of the Sacred Tooth Relic and thereafter, witness a cultural show featuring traditional Sri Lankan dance. Overnight in Kandy.

The Pinnawala Elephant Orphanage provides visitors with the best chance of seeing a large number of elephants at close quarters. The orphanage was established in 1975 and com-menced with seven orphaned elephants. Assisted by local and foreign elephant experts, Pinnawala commenced a successful captive breeding programme and the first baby elephant was born in 1984. It is most interesting to visit at feeding time to see the baby elephants be-ing bottle fed and the entire herd taken for a bath thereafter to the river near by. Transfer from Pinnawala to Peradeniya The Royal Botanical Gardens of Peradeniya covers approximately 147 acres and attracts over 2 million visitors annually. It is home to over 4,000 species of plants including some of the most beautiful orchids. Besides the plethora of plants, the famous Avenue of Palms and the Cannonball Tree planted by King George the 5th of the United Kingdom are key highlights. Overnight in Kandy.

Transfer to Kandy train station for a scenic train to Nany Oya. From the station transfre by car to Nuwara Eliya. In the afternoon, visit a tea plantation and factory where you will learn all about the process of making tea. Evening leave on a sightseeing tour of Nuwara Eliya for a drive through Little England. Overnight in Nuwara Eliya.

Travel to Uda Walawe National Park. Visit the Elephant Transit Home which is a facility within Udawalawe National Park in Sri Lanka that was established in 1995 by the Sri Lanka Department of Wildlife Conservation. Its primary objective is to rehabilitate orphaned elephant calves for ultimate release back into the wild. Afternoon safari. Udawalawe truly is a sanctuary for the big footed & tusked. Marked by relatively large herds of elephants, the national park proves to be one of the best places to observe them in their natural habitat. Other species to be found here are the potted deer, sambur, barking deer, water buffalo and jackal.