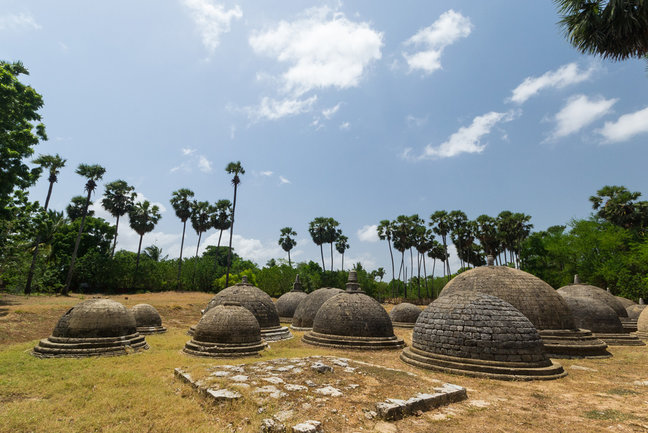 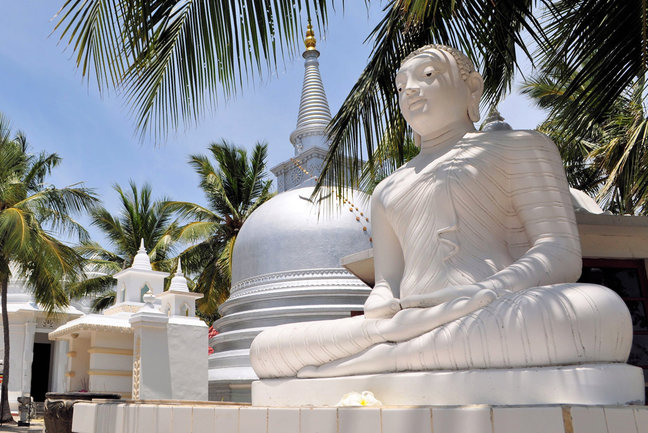 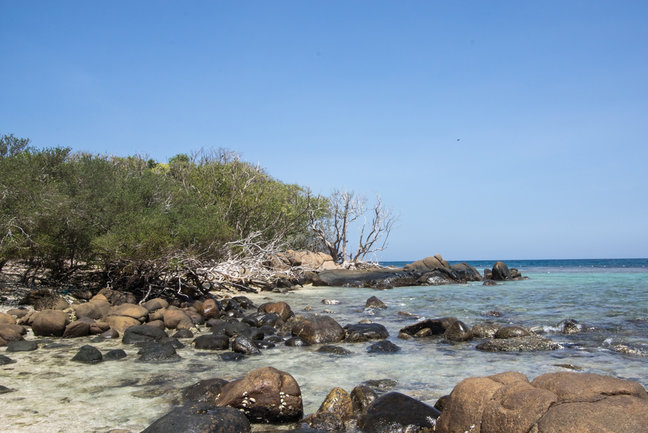 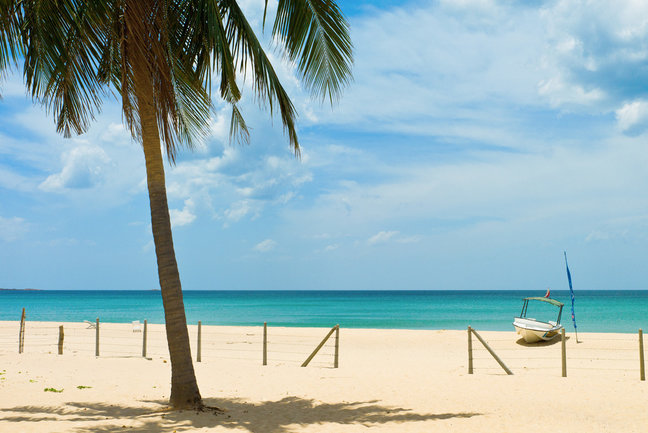 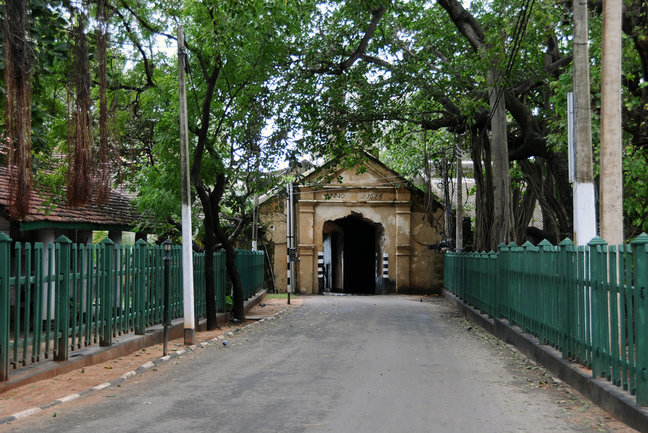 Find out more about the Northern Sri Lanka Tour

Depart with your choice of airline to Colombo.

You will be met at the airport for a private transfer to Anamaduwa. Stay at The Mudhouse, a forest retreat located on the outskirts of a small village. This laid back lodge offers idyllic days in beautiful surroundings. Swim in the jungle lakes, take a birdwatching trip, or simply relax and enjoy Sri Lankan hospitality in this rural region.

Day 4: Travel to Wilpattu and Anuradhapura

Depart with your private driver and guide for the transfer to Wilpattu National Park.

This is the land haunted by big cats of the island paradise. Recording a vast number of Sri Lankan Leopards, Wilpattu National Park has been named due to 'Willus' (Natural Lakes) studded throughout the park. Apart from big cats and precious flora, the park is well known for a healthy population of elephant, sloth bear, spotted deer, mongoose, and water buffalo.

After the safari, drive to Anuradhapura

Overnight in Anuradhapura at the Ulagalla Resort.

Visit Anuradhapura's ancient ruins & temples. One of the greatest and oldest civilisations in the world the main attraction here is the Sri Maha Bodhi - the sacred Bo sapling extracted from the tree under which Lord Buddha attained enlightenment. Stroll through the sacred trails to Ruwanweliseya, the gigantic dagoba resting alongside the Basawakkulama Tank - shading the Samadhi Buddha Statue & Isurumuniya Rock Temple.

Head for the historic city of Jaffna the capital of Sri Lanka's Northern provinces. This city served as the power-base of the Jaffna Kingdom of the 13th-17th centuries and in later years came under the influence of the Portuguese, the Dutch and the British.

From Anuradhapura, head north to Kilinochchi which served as the Tamil Tiger’s de facto capital during the war. Pass through Elephant Pass Causeway and over the newly built Sanguppidy Bridge, which connects the Jaffna Peninsula with the mainland. Drive along the coast of the Jaffna Lagoon, look out for the water birds here.

Afternoon, make a visit to the colourful Jaffna Market.

Overnight at the Jetwing Jaffna Hotel.

Start your day with a visit to the ruins of Jaffna Palace, originally built by a Tamil king around 100 AD, and home to centuries of Jaffna’s ruling elite, the ruins are still impressive.

Continue to Point Pedro, the northernmost point on Sri Lanka that houses many pre-Colonial Hindu temples and Portuguese catholic churches. Ramshackle Point Pedro is the Jaffna peninsula’s second town; was hit hard by the 2004 tsunami. Visit a curious stone tollgate that locals claim dates from the Dutch period, explore the Point Pedro Lighthouse, beyond which the fishermen’s beach becomes wider. From of Munai Beach, you can see some attractive views of Vadamaraadchi Lagoon. Further south is the much revered Valipura Kovil. Its gopuram is painted in an unusually restrained colour palette and the temple interior has some very pretty Krishnas. It’s famous for the boisterous, recently revived water-cutting festival in October, which attracts thousands of pilgrims.

Continue to the Keerimalai springs, stopping en route at the Nilavarai ‘bottomless’ well. One of the impressive historic waterworks visible across Sri Lanka, this deep natural well is a spiritually significant site. Visit the Keerimalai hot springs where legend has it the mythical sage 'Nagula Muni', born with the face of a mongoose, meditated and bathed in the springs to turn his face into a human one. The waters have a high mineral content have many health benefits. Continue to visit the ancient Buddhist burial site of Kantharodai and Jaffna Fort.

Built in 1618 when the Portuguese took the city, the fort's impressive walls are largely intact.

This fort covers the area of 22 acres and is considered as the second largest fort in Sri Lanka. Jaffna Fort was constructed with black corals and was captured by Dutch in 1658 and then came under British rule in 1795. During the Dutch ruling time, this fort went through major reconstruction and it was completed in 1680. The Fort is today mentioned as a Dutch Fort.

Visit Nallur temple, the largest and most important Hindu temple in the area.

Drive across the Pannai Bridge for a short visit to Kayts. Visit Hindu temples, mosques and colonial churches. Swim at Chaddy beach before catching the ferry from Punkudutivu to the remote and wind-swept island of Delft. The shallow waters surrounding the island are famously turquoise and the sands are almost white. There is a small Dutch Fort made of coral and a 'growing' rock to explore. Continue to Nagadeepa Island, an important place of pilgrimage for both Hindus and Buddhists. The latter revere the Rajayathana stupa built at the place where the Buddha intervened between two warring kings during his second visit to Sri Lanka. The former visit the Naga Pooshani Amman Kovil Temple, dedicated to the goddess Meenakshi, a consort of Shiva and said to help women conceive.

Take a scenic drive from Jaffna to Trincomalee with excellent opportunities for bird watching on the way. Trincomalee, the city with a rich history houses one of the best natural deep-water ports in the world.Before arriving into Trincomalee, visit the Kanniya Hot Wells. In Trincomalee, you will explore the old town, Marble Beach and Konewaram Temple.

Relax at the Jungle Beach Resort, a stunning boutique hotel on a secluded beach.

The Whale watching season on the East coast of Sri Lanka runs between February to May when the annual migration brings these incredible mammals to the region. Sri Lanka is now ranked amongst the top locations in the world to see Blue Whales & Sperm Whales and you will have the opportunity to see both; dolphins (mainly Spinner) are also regularly seen. In addition to whales and dolphins, flying fish and occasionally turtles can also be seen from the observation deck of your boat.

Go on a snorkelling trip to Pigeon Island or just relax on the beach.

Take the air taxi for the short hop to Colombo. Connect with your onward flight to London.

For a truly relaxing trip, consider combining your holiday with a magical extension to an island retreat in the Maldives.

Best time to visit: May to September