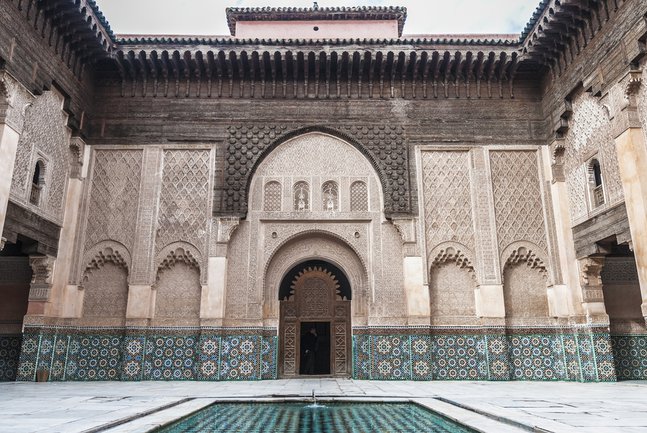 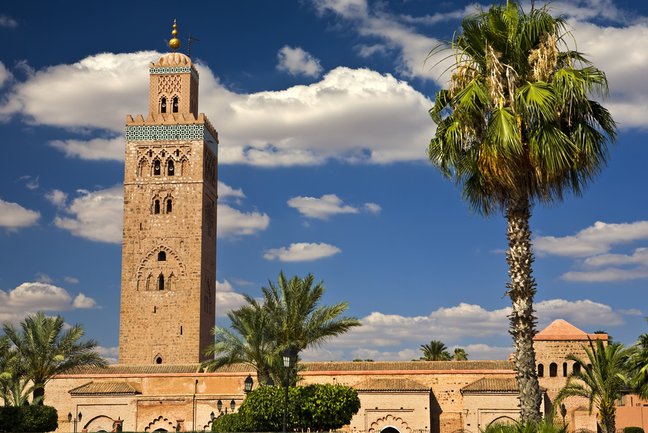 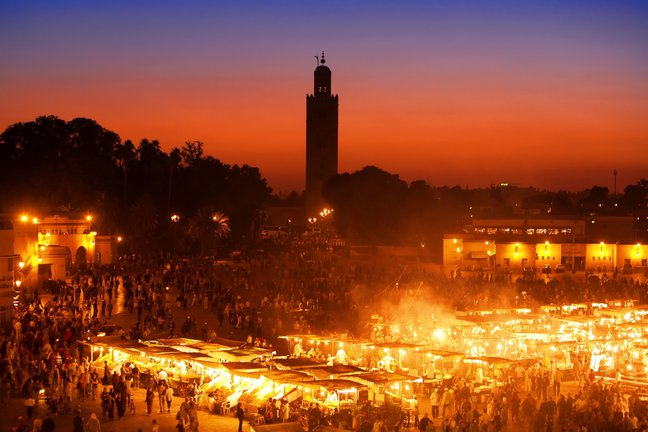 Cities in the Sand:Morocco Explored from CICERONI Travel offers a remarkably varied range of both cities and countryside. Three days to explore Marrakech, along with visits to the Roman ruins at Volubilis, the ancient Berber cities of Meknes and Fez Wonderful gardens, including Yves Saint Laurent’s fabled Jardin Majorelle. Excellent 5* Hotels.

Cities in the Sand: Morocco Explored Frequently described as the “Gateway to Africa”, Morocco’s history is shaped by its remarkable geography. Even a brief outline of the major phases in its development captures the great wealth of cultures still to be found within its varied borders. The earliest inhabitants, descended from Stone Age settlers, were “discovered” by those arch traders of the ancient world, the Phoenicians from the Levantine coast of the Middle East. They used the harbours of Morocco’s northern coast as they plied their varied trades from place to place. After the former Phoenician colony along the coast at Carthage fell to the might of Rome at the end of the Punic wars, most of north-west Africa sooner or later came under Roman influence.

The local Berber tribes and their rulers found themselves obliged to accept Roman “protection” as client kings but in time this proved to be unsatisfactory due to the less than fulsome acceptance of this arrangement by the locals. Full Roman control was extended as the province of Mauritania came into existence. This was a vital period as agriculture improved and a new cult, Christianity, gained ground. It was not to last as pressures on Rome’s borders in northern Europe and the East proved too much and the Empire began to contract – the legions were needed in more important places.

The collapse of Roman power was in time replaced by yet another outside influence, the spread of Islam from the Arab heartlands. Like a desert whirlwind, Islam energised the local tribes and gave focus to the military ambitions of the Berbers. This led to the invasion of Spain under Arab leadership, courtesy of the Ummayad dynasty who had fled Damascus in the midst of Arab strife in the Middle East. The invasion of southern Spain was to link these two neighbours for centuries as dynastic and trade links cemented them together.

Between the 8th century and today, a total of seven Islamic dynasties have ruled Morocco, culminating in the Alaouites who have ruled since 1669. They have had to content with many opportunistic attempts to gain control of Morocco, not least from the Spanish and the French. This has led to a great deal of tension in the last two centuries, but under the late King, Hassan II (1961 – 1999) and his son, the present ruler, Mohammed VI, the country has settled down and is now a bustling, pro-Western entity. Consequently, this outwardly Islamic country is tempered by layers of sophistication drawn from both local Berber traditions and exposure to European values – a heady mix and one which we feel certain you will enjoy in all its colour and variety.