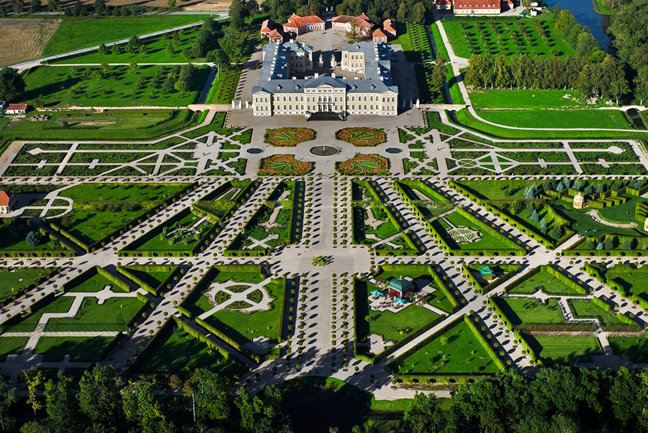 It is a remarkable testament to the spirit and tenacity of the Latvians that their country exists at all. Its origins are many and varied: Baltic and Finno-Ugaric tribes settled what is now Latvia and Estonia in pre-Viking times; then in the early 1200’s German knights arrived, initiating a period of foreign dominance which lasted until the late 20th century.

These Teutonic knights created the Livonian Order, introduced Christianity and controlled all the land until their power was eventually broken, replaced by a new entity, the Duchy of Kurland in the late 16th century. There then began a long period of varied external dominance as the Swedish, Polish and Russian kingdoms all sought to control this agriculturally wealthy area, absorbing the long established German-speaking and land-owning elite within their ranks.

From the 18th century Russia was the controlling power until the fall of the Romanovs in 1917. Briefly independent between the two World Wars, in 1940 Latvia became a satellite state of the Soviet Union, which it remained until it dramatically regained independence in 1991. It is a fascinating story hardly ever told beyond the shores of the Baltic States.

Since those momentous events, Latvia has been transformed in a most positive fashion. It has embraced democracy, strengthened its ties with the west and developed a remarkably confident and successful tourism business. Its capital, Riga is the most handsome of the three Baltic States capitals and it offers visitors an unspoilt, yet elegant and sophisticated base from which to explore handsome towns and cities and unspoilt countryside. The centre of Riga is compact and elegant, built on the banks of the River Daugava, still navigable and a living link to the its past as part of the great Hanseatic League of trading cities. The old medieval street pattern hosts churches, civic buildings and noble palaces of great interest and charm. In the early 1900’s a remarkable school of Art Nouveau took hold and the results, still surviving and well preserved, are a surprise. There are numbers of small and excellent museums which allow one to be stimulated without being overwhelmed.

It is a huge, very beautiful palace… in a word, it is a royal palace.

The Latvian countryside is fecund, unspoilt and full of surprises. The country palace at Rundale, described above, is one of the great unknown treasures of the Baltic States. Built for the Duke of Courland, lover of Empress Anne of Russia by her architect, Rastrelli, it is a stunning ensemble where the palace, contents and surrounding gardens will enchant even the most jaded eye.

In contrast, the Gauja Valley National Park hosts medieval castles guarding the eastern approaches to Riga. In Autumn it is one of the wonders of the Baltic with its stunning Autumnal colours.

We stay at the 5* Grand Palace Hotel, Riga’s finest. It is ideally situated in the centre of the old historic district within easy walking distance of all the major places we shall visit. Riga has many good restaurants and there is no doubt that the quality of food is excellent.