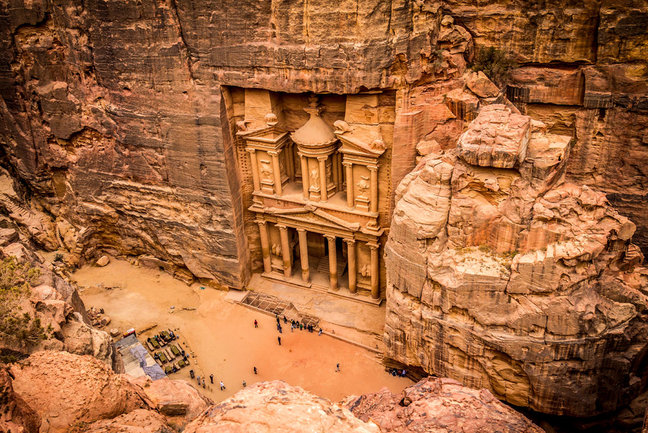 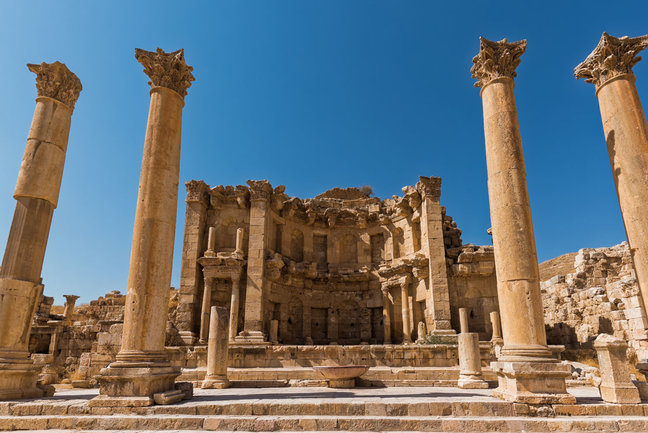 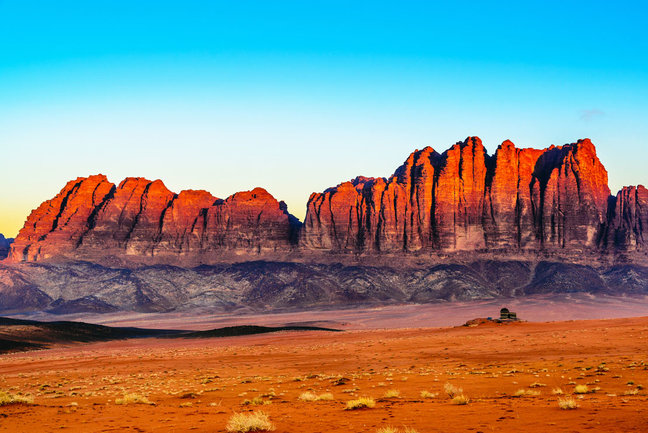 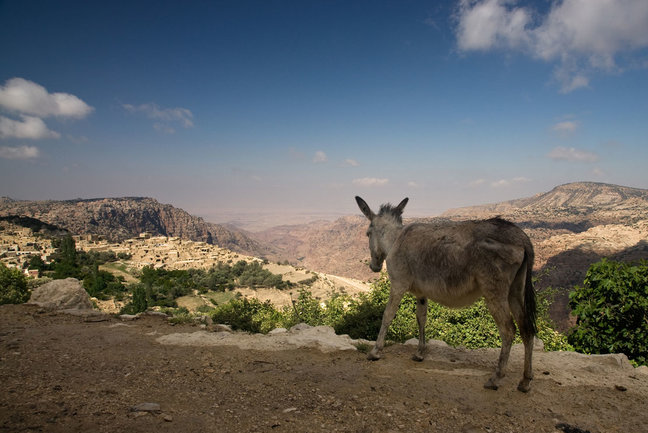 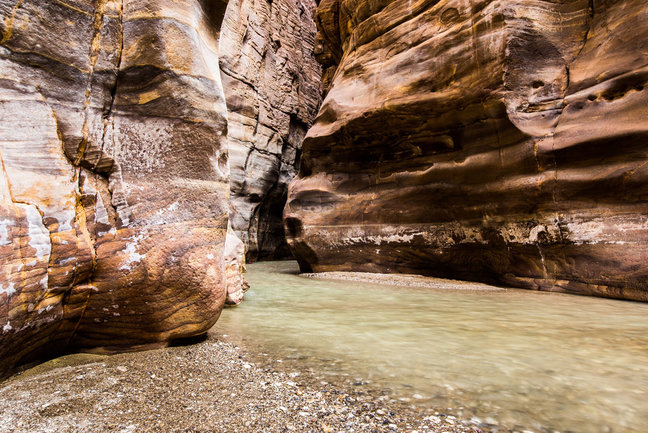 Find out more about the Jordan Heritage Tour

Explore the heritage of Jordan in this 2-week tour of the desert castles, Jerash, the highlights of Petra and Wadi Rum before relaxing on the shores of Aqaba.

Explore the heritage of Jordan in this 2-week tour of the desert castles, Jerash, the highlights of Petra and Wadi Rum before relaxing on the shores of Aqaba.

Best time for this tour is from March to May.

On arrival in Amman, you will be met for a private transfer to your hotel.

Start the day with a private tour of Amman, a fascinating city of contrasts. Visit the Citadel, which is situated on one of the highest hills in Amman offering a splendid view of the old city. Near the Citadel pay a visit to the Archaeological Museum that houses an excellent collection of Jordan’s antiquities.

Proceed to the old city to visit the Roman Theatre, which dates back to the 2nd century AD. It is also the home of Jordan’s Folklore Museum, which displays various artefacts of the traditional Jordanian life including, costumes, home furnishings, musical instruments and handicrafts dating back to the 19th century.

Drive north to visit Jerash, which remains today as one of the most beautiful and best-preserved Greco-roman cities outside Italy. Excavations made it possible to update two theatres, several temples, churches, a market, thermal baths, and the famous Cardo Maximus alley of 600 meters bordered columns.

Drive back to Amman for overnight at your hotel.

Day 3: Amman to Madaba, Mount Nebo and the Dead Sea

Leave with your guide and driver. Drive south to visit Madaba “the City of Mosaics”. Madaba offers many sites to explore as its long history dates back to 1200 BC. Visit the town’s main attraction, the Greek Orthodox church of St. George where the famous 6th Century Byzantine mosaic map of the holy sites in the biblical world is found. The chart of Madaba was excavated in 1898 during the renovation of the church.

Proceed to Mount Nebo, the place where it is believed that Moses was buried. The mountain, which rises to 840 m of altitude, offers a spectacular view of the Holyland. Mount Nebo became a universal place of pilgrimage during the Christian era in the late 4th century as the church was completely constructed.

Proceed to the Dead Sea the lowest spot on earth 400 metres below sea level. The Dead Sea has a historical and spiritual legacy of its own. It is believed to be the site of five biblical cities: Sodom, Gomorrah, Admah, Zeboiim, and Zoar. Spend the day sunbathing, swimming, and relaxing in the gently lapping waters of the Dead Sea and be amazed that you can never sink! Treat yourself to a soothing massage, or try the well-known healing powers of minerals from the sea’s muddy floor.

Overnight at The Dead Sea.

Today you may opt for a day of leisure at The Dead Sea or head out to Wadi Mujib for a soft trek.

The Lowest Reserve on Earth bordering the Dead Sea at 400 metres below sea level, the Mujib Nature Reserve surrounds Wadi Mujib, a deep and majestic canyon that cuts through rugged highlands and drains into the Dead Sea. Seasonal streams flow through many of the wadis, supporting luxurious aquatic plants in the river-beds. You will be fascinated by Mujib's adventurous, solace, and serenity in a true wilderness environment.

Return to your hotel for overnight.

Today, your driver will take you to the Dana Nature Reserve to experience the beauty of Rummana Mountain, the timeless tranquillity of Dana Village, and the grandeur of the red and white sandstone cliffs of Wadi Dana. The Dana Village area, overlooking the scenic Wadi Dana, has been occupied since 4000 BC.

Afterwards, depart for Shawbak to visit the Crusader Castle. It is perched on the side of a mountain, with a grand sweep of fruit trees below. The castle’s exterior is impressive with a forbidding gate and encircling wall three layers thick. The walls and projecting towers are still reasonably intact, but the castle’s interior consists mainly of tumbled stones with few walls and arches. One of the fascinating remains is the ancient well-shaft cut deep into the rock, with 375 steps leading down to the water supply at the bottom.

Proceed to Petra, the highlight of any trip to Jordan.

The highlight of any trip to Jordan!

Begin your visit by enjoying a walk or a short horse ride from Petra’s main entrance to the entrance of the old city “Al Siq”, which is a 350 meters narrow canyon. As you reach the end of the Siq, the first and greatest monument of Petra slowly comes into view. This is the famous Treasury monument “Al Khazneh”. Petra “The Rose City” is an extraordinary and unique place, which was built by the Arab Nabateans more than 2000 years ago. The Nabateans carved their monumental tombs, palaces, temples and treasury from the desert’s natural rose-coloured rocks and sandstones.

Walk through the architectural and spiritual wonders of this majestic place. You may choose to climb 800 steps to visit the Monastery. The Monastery is similar to design to the Treasury, but it is much larger (50 m high x 45m wide) and much less decorated. The facade is flat on the lower level and deeply carved on the upper level, with engaged columns and two half-pediments flanking a central urn (10m high).

Walk through the Siq with thousands of candles lighting the path until you reach the Treasury. Be greeted by an Oud (Arabic guitar) Player producing some mellow tunes. Experience an unforgettable night with Bedouin sweet tea served.

Depart to the Natural Resort of Wadi Rum “The Valley of the Moon” a unique place unlike anywhere else you have ever visited. There are several options for exploring Wadi Rum. First, head for the Visitors' Centre. Here you can hire a 4x4 vehicle, together with driver/guide, and then drive for two or three hours into the Wadi system to explore some of the best-known sites.

Start with the soaring pinnacles of rock directly opposite the Visitor Centre, referred to as the Seven Pillars of Wisdom. A short drive will take you to the ruined temple with Nabatean inscriptions on the walls and columns. Round off your day with a visit to Lawrence's Spring ( Ain Shalaaleh) for spectacular views of Wadi Rum.

Stay in Wadi Rum desert for the night. Sleep under the stars in a Bedouin tent, where you can enjoy a traditional campfire meal accompanied by Arabic music. The sunsets and starry skies here are unforgettable.

Drive to Aqaba. Aqaba is the perfect location for divers. Aside from diving, you can participate in the following water activities snorkelling, fishing, sailing, Jet skiing, parasailing, regional cruises or take a tour of the famous glass-bottomed boats.

Overnight at hotel in Aqaba

This suggested itinerary is just an idea of what's possible. Use this as a base to tailor-made to your specific needs. You can add days or reduce the overall programme. Please get in touch with us to discuss. We are ready to help.