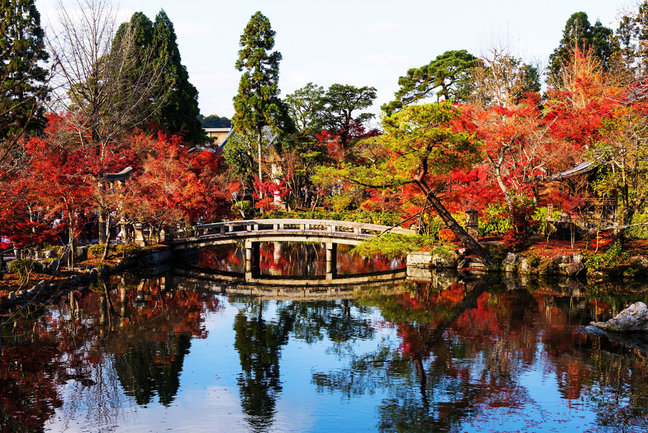 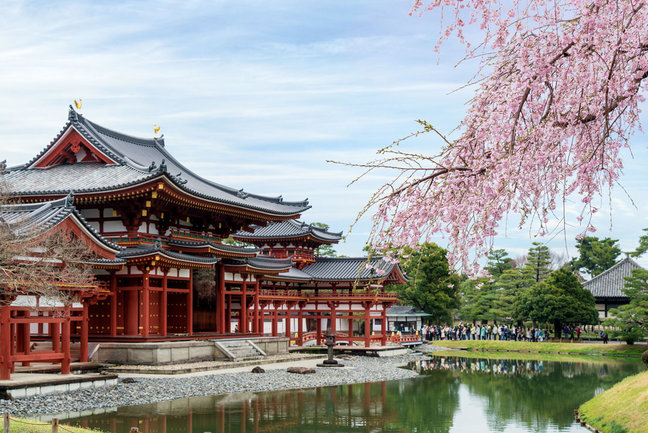 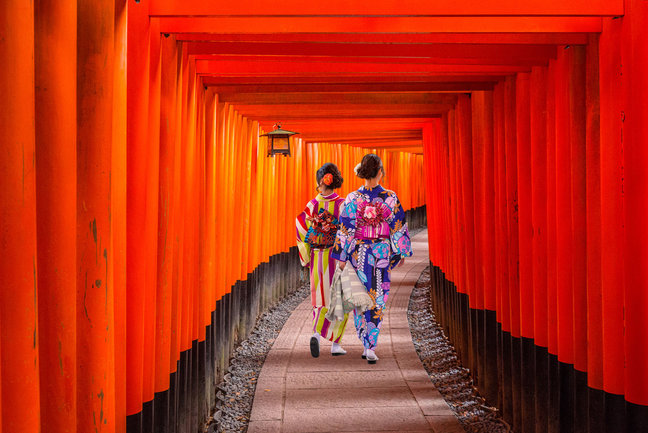 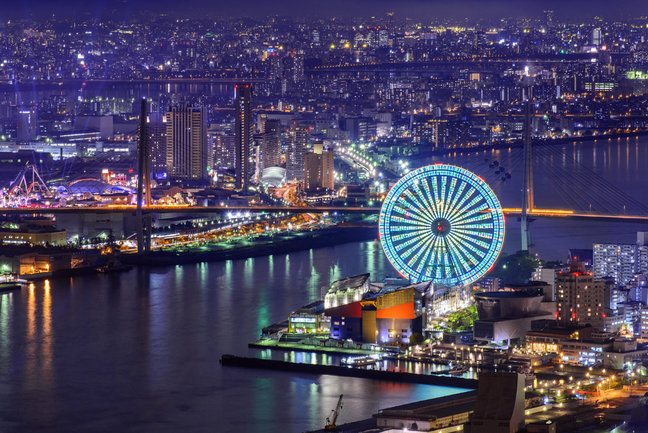 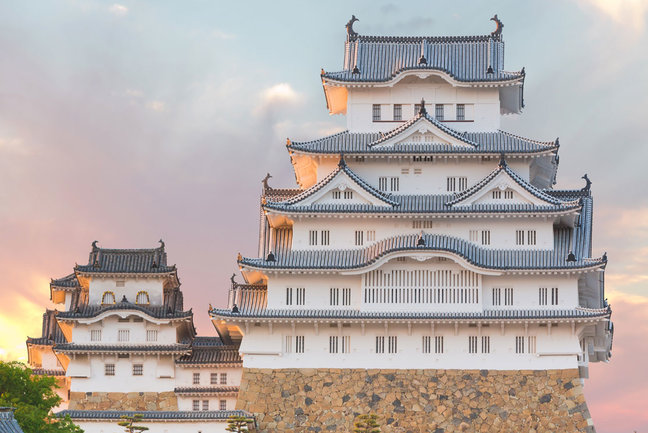 Find out more about the Japan Kansai Cultural Tour

Touring Style: Travel by train independently with a private local guide during the tours.

Prices are seasonal and start from GBP 1113 per person, minimum of 2 travelling and based on standard hotels. International airfares are extra. Japan experiences dramatic pricing fluctuations based on Festivals, domestic holidays and in some instances on weekends. Please ask us for an individual quote.

Day 1 : Arrive by flight into Osaka and transfer to Kyoto

Upon arrival at Kansai International Airport, transfer by shared shuttle to the hotel in Kyoto.

The rest of the day is free at leisure.

In the evening, we suggest going to the geisha district of Gion for an evening walk. Gion is home to charming shops, authentic restaurants, and ochaya (teahouses) inside well-preserved machiya (old houses). Don’t miss Hanami-koji, known for the lavish teahouses lining up the old street.

Day 2: Day trip to Uji, participate in a tea ceremony and Nara

Meet your local guide at the hotel and depart by train for a trip to Uji, the tea capital of Japan... Visit the World Heritage-listed Byodo-in Temple, which is one of the most impressive Jodo sect temples in the country.

Continue to Taiho-an, an ochaya (teahouse) located near the temple. Witness a Japanese tea ceremony and enjoy the authentic taste of Uji’s matcha (green tea).

At noon, take the train to Ikaruga in Nara. During the 8th century, Nara was Japan’s capital for 74 years, and most of the temples and shrines back then still exist today.

Visit Horyu-ji Temple, a designated UNESCO World Heritage site and one of Nara’s Seven Great Temples. The Temple houses some of the world’s oldest surviving wooden structures – the main hall and the five-story pagoda, which are both located in the western wing of the temple.

After the tour, take the train back to Kyoto. Overnight in Kyoto

Day 3: Self transfer to Kobe

Today is a self-guided day.

Visit Nanzen-ji, one of the largest and the most important Zen temples in Japan. Its vast temple grounds are open free to the public and can be really beautiful especially during spring and autumn. A short walk from Nanzen-ji is Zenrin-ji, the temple more commonly known as “Eikando.” famous for its autumn foliage.

Located north of Zenrin-ji is the famous Philosopher’s Path (Tetsugaku-no-Michi), which is lined with sakura (cherry) trees on both sides and follows a tranquil canal and you will be able to visit Kyoto’s popular shrines and temples located nearby.

Take the train to the harbour city of Kobe. Suggested Self-Guided Itinerary:

Head to Kobe Chinatown (Nankin-machi). Enjoy the wide selection of dishes, sweets, and merchandise spread across it's one hundred or so restaurants and shops. After dinner, head to Meriken Park, a waterfront park that houses two famous landmarks – the Kobe Port Tower and the Kobe Maritime Museum.

Meet your local guide at the hotel and go on a full day of sightseeing in Himeji and around Kobe.

Travel by train to Himeji to visit Himeji Castle, the famous white castle. It is one of the top 3 castles in Japan because of its architectural design and history. Himeji Castle resembles a white bird in flight due to its white exterior and distinctive roof design.

Next visit Koko Garden, which was built in 1992 as a commemoration for the 100th anniversary of the establishment of Himeji municipality.

Return to Kobe to visit Ikuta Shrine, a quiet Shinto shrine in the heart of the city. Afterwards, take the train to Akashi Kaikyo Bridge, the longest suspension bridge in Japan. Fifty metres above sea level is the Maiko Marine Promenade, a set of observatory hallways beneath the bridge’s platform.

Day 5: Explore Osaka on foot and treat yourselves to a street food feast

Take the train to Osaka, famous for its amazing street food.

Dotonbori - is a restaurant mecca which has long been referred to as Osaka’s entertainment district. It is well-known for its bright neon lights, energetic shop owners and food stalls that are filled with some local Osakan delights such as takoyaki (octopus balls) and fugu (poisonous pufferfish).

The first stop will be at a street food stall to get a taste of some traditional Japanese snack food, menchi katsu. Menchi katsu is a breaded and deep-fried patty made of ground meat. Golden and crisp, this is a local favourite.

Next, head to a standing bar to enjoy the ambience and taste a selection of sake and Japanese wine, along with delicious house specialities. Then, head to a restaurant specialising in wagyu beef dishes. Often referred to as the most expensive beef in the world, wagyu beef is of superb quality, and is on many a gourmet’s wish list. Enjoy the melt-in-the-mouth textures with a refreshing cocktail.

The final stop will be to try a new style of tempura in an eatery tucked away in a small alleyway. Old favourites such as shrimp tempura and more experimental combinations such as asparagus tempura and cheese can be found on the menu.

Bid farewell to your guide, and either return to the hotel or go for a stroll to take in the night scenes.

Day 6: Departure or extend your stay in Japan

The rest of the day is free at leisure. Suggested self-guided itinerary.

Umeda- is where most of the city’s most modern buildings are found. Some of the notable buildings are HEP (Hankyu Entertainment Park), which features a big Ferris wheel and is perfect for some last-minute shopping; Kitashinchi District, housing some of the city’s culinary specialties; and the Umeda Sky Building, a pair of skyscrapers connected in “mid-air”, built in an unusual architectural form rarely seen anywhere in the world. Feel the fresh air and enjoy 360-degree panoramic views at the ‘Floating Garden Observatory’.

Take the Kansai Express train to the Airport for departure.