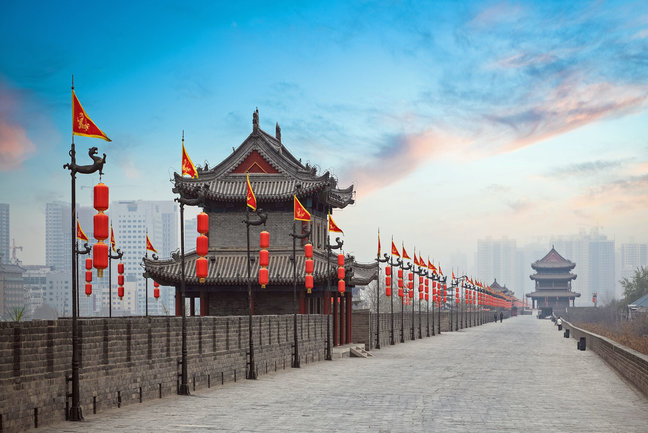 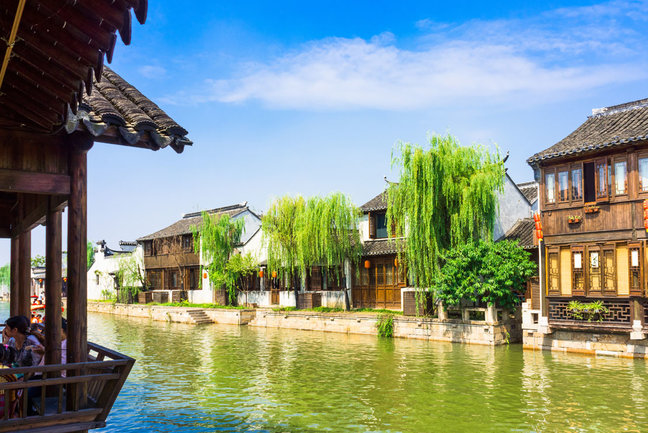 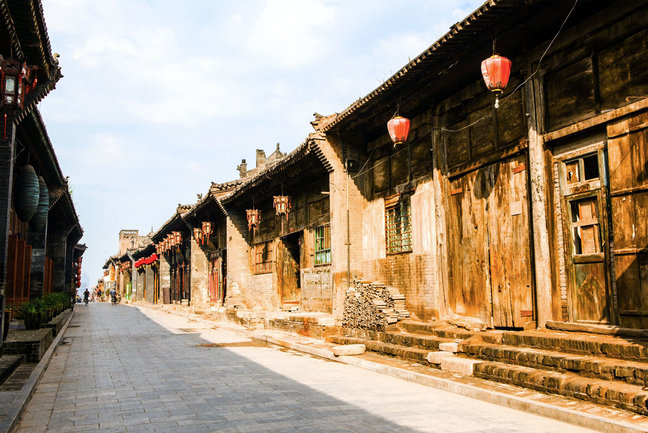 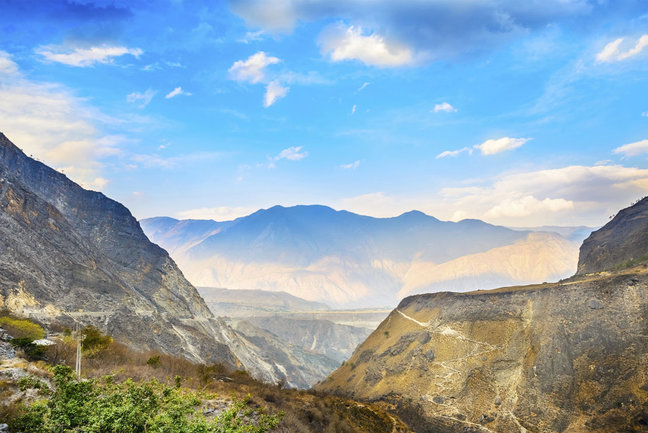 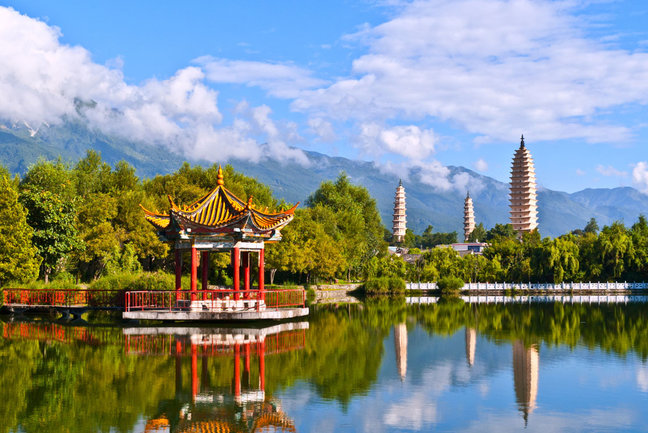 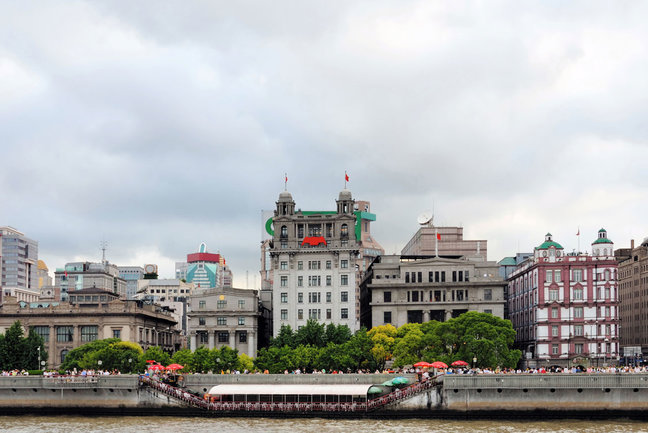 Find out more about the China Grand Tour

Explore China on a deeper level from the huge Buddha Statues of Datong to the Sugarloaf Mountains of Guilin. This comprehensive tour will take you from the iconic Great Wall of China, Terracotta Warriors of Xian, Shanghai's intricate neighbourhoods, and the medieval city of Pingyao contrasting the ancient with the modern.

Explore China on a deeper level from the huge Buddha Statues of Datong to the Sugarloaf Mountains of Guilin. This comprehensive tour will take you from the iconic Great Wall of China, Terracotta Warriors of Xian, Shanghai's intricate neighbourhoods, and the medieval city of Pingyao contrasting the ancient with the modern.

Touring Style - a private tour with your own driver and professional English speaking guide.

Best time for this tour: April and May / September and October

Fly to Beijing with your choice of carrier.

On arrival in Beijing, you will be met for a private transfer to your hotel. Overnight in Beijing.

Take a tour by rickshaw to one of Beijing’s famous hutongs close to Houhai Lake. From here you will visit the Drum Tower, where the passing of the hours was signalled by a drum roll during the Ming era. The tower is opposite the Clock Tower and provides a pleasant insight into old Beijing.

Visit the Temple of Heaven’s park to witness a uniquely Chinese morning ritual – public exercise. Beijingers, who believe that morning exercise is essential for their well-being, prepare for the day ahead with a mixture of Taiji, kung-fu, sword-dancing, meditation, tango and gymnastics. Others practice calligraphy, using large specialist brushes to write beautiful Chinese characters on the flagstones of the park.

Discover the Temple itself, which is notable for its architectural simplicity and symbolism reflecting early Buddhist and Taoist beliefs. Here, emperors would forge the link between the round sky and the square earth through sacrificial rituals based on the founding principles of this ancient civilisation.

Day 4: A walk on the Great Wall of China

En route to The Great Wall, you will have the option to visit the National Stadium, one of the most celebrated symbols of modern China. The “Bird’s Nest”, as it is commonly known, is an architectural masterpiece. Visit the Mutianyu section of The Great Wall.

Once back in Beijing, visit the Summer Palace. At one time a simple imperial garden, the site was totally redesigned by Emperor Qianlong in the 18th Century becoming one of the capital’s major sites. The Imperial Court used to relocate to the Summer Palace during the summer months to escape the stifling heat of the Forbidden City. A mix of temples pavilions, lakes, pagodas and gardens make up this harmonious representation of Chinese culture and architecture. The Long Corridor, the Marble Boat, Seventeen-Arch Bridge, Kunming Lake and Longevity Hill are the key landscape features of the Summer Palace gardens.

Enjoy a free day in Beijing.

In the evening, you will be transferred to the train station for an overnight train to Datong.

You will be met at the train station. Head to the Yungang Grottoes. Some of the grottoes at Yungang house thousands of statues of different Bodhisattvas whilst others are home to giant statues of Buddha. After visiting the grottoes head back to Datong to visit the completely renovated city centre and discover the superb Huayuan Temple. You will be able to walk by the Nine Dragon Wall (a type of screen wall) which is the longest in the country - measuring 45m in length, leaving some people rather perplexed by its size but setting the benchmark for Chinese screen walls.

Head to Pingyao. Visit the Suspended Temple and the Yingxian pagoda on the way.

The Suspended Temple, located 72km (45miles) from Datong is another fine example of the Northern Wei architecture and it has retained much of its original layout. The temple is suspended from a cliff face 50m above a gorge formed by the Jinlong river, thanks to an ingenious wooden construction which is supported by beams which are built into the rock-face.

After visiting the Suspended Temple continue to Yingxian to visit the world’s tallest wooden pagoda, measuring 67m in height. The Yingxian Wooden Pagoda was constructed in the 11th Century and is a magnificent example of an eight-sided pagoda.

Continue to Pingyao. Pingyao is the best preserved medieval city throughout the whole of China. It is a collection of paved alleyways, lined with traditional courtyard style homes lit with red lanterns and surrounded by perfectly conserved reinforced city walls.

After breakfast, you will head off to explore the merchants’ houses and cave dwellings. Many local merchants amassed immense fortunes during the Ming and Qing dynasties and built themselves huge palatial homes. A perfect example of one of these homes is the Wang Family Residence, which is about 50km from Pingyao and is made up of an imposing labyrinth of courtyards, small gardens, temples and narrow stairways.

On the way back to Pingyao stop in Zhangbicun, a small village famous for its underground castle.

End your day with a visit to the Shuanglin Buddhist Temple (literally Temple of the Double Forest) which is just outside Pingyao- the temple is well known for its finely sculptured statues which have been very well preserved and still retain their original colours.

Take a morning stroll to really soak up the atmosphere of Pingyao at its best.

Visit the local yamen, which during Imperial times was home to the administrative centre, courthouse and sometimes even a prison. Continue on to Taiyuan, the capital of Shanxi province. to visit the Jinci, a remarkable building constructed in honour of Prince Shuyu who founded the Jin state. Afterwards, transfer to the airport for your flight to Xi’an.

Head to the Terracotta Warriors.

The statues are separated into 3 pits. You will start off with a visit to pit number 2 (which is still being excavated today and where there are only a few warriors fully on show) followed by pit number 3 (which has been mostly uncovered) and then finishing with pit 1 which is the most impressive of the 3, housing around 2000 soldiers.

Heading back to Xi’an, discover the impressive city walls that were constructed during the Ming Dynasty. Mostly destroyed and then restored, they are some of the only town walls still left in China. Take a bike ride to explore the town walls and look down on the hustle and bustle of the city streets below.

En route to the airport visit the Tomb of Emperor Jingdi, about 15km from Xi’an airport (about 15 mins away) and is a perfect stop before you board the plane for Guilin, famous for its numerous ethnic minorities and its stunning scenery which includes the rock peaks which border the Li River, the endless number of caves, the rice terraces at Longsheng and the waterfalls of Detian.

Afternoon tour of the Reed Flute Cave which takes its name from the number of reeds growing at the entrance of the cave that are used in the making of flutes. The day will finish with a pleasant stroll round Shan Lake, known for its two marvellous pagodas, one dedicated to the sun and the other the moon.

Transfer to the pier for the Li River cruise.

At Yangshuo, continue on slightly further on bike or car into the surrounding countryside, boasting rivers, water buffalo and dozens of tiny villages scattered amongst the giant looming karst hills.

Optional extension day to visit The Longsheng Rice Terraces. Or Fly to Hangzhou.

A peaceful bike ride or walk around the area will let you explore one of the most famous and picture-perfect symbols of traditional China. The curved bridges lead to small islands in the heart of the lake, and there you can discover, amongst other things, the charmingly romantic Quyuan gardens. You will also visit the adjacent tea plantations, the other speciality of the region of Zhejiang and home to Longjing tea – one of the most prized and expensive teas in the world.

Take a morning cruise on West Lake. Afterwards, depart by road for Wannan in Anhui province.

Begin with a visit to picturesque villages ranked amongst the most beautiful in the country, with two, Xidi and Hongcun, forming part of the UNESCO World Heritage Project. A neighbour of Hongcun, Tachuan is a seemingly timeless village. It is located at the entrance of a valley that in fall is marked in red and yellow autumnal tones, which enhances the resplendent chalked white houses.

Finally visit Nanping, which boasts 500-year-old houses and is home to one of the best examples of an ancestral hall in the region: the Ye Family Ancestral Hall.

Weather permitting, go to the summit of the mountain and watch the sunrise over Beihai. Continue on to the western stairs where you will be able to enjoy your descent by cable car. From Huangshan take a late flight to Shanghai.

In the morning head for the French Concession, a symbol of a time when Western powers were accorded many privileges. Start your trip with a stroll through Fuxing Park.

Afterwards wander the surrounding roads, admiring the old colonial homes that have now been transformed into restaurants, bars and different boutiques. Continue on to Xintiandi, an entirely renovated area that is considered one of the liveliest parts of the city.

Proceed to the nearby neighbourhood of Lujiazui, the epicentre of some of the most famous buildings: the Oriental Pearl TV Tower, Jin Mao Tower and the never-ending Shanghai World Financial Center (the tallest building in Shanghai), where you can admire the city from the highest panoramic terrace in the world.

Take the famous Bund Sightseeing Tunnel, a mini subway line, to cross the Huangpu River to reach Puxi in a couple of minutes. Discover the Bund, the city’s famous walkway along some of Puxi’s historical buildings. Explore the famous Nanjing Road with its colourful signs and crowd of locals and tourists corresponding perfectly with the image of a modern Asian capital.

Travel to Suzhou, the most famous of the ‘Venices of China’ – a collection of small towns which are compared to the illustrious Italian city because of their intricate network of canals and stone bridges. The world-famous Suzhou Gardens are considered some of the most beautiful in the entire country.

Collect from your hotel for a transfer to the airport for your departure flight.