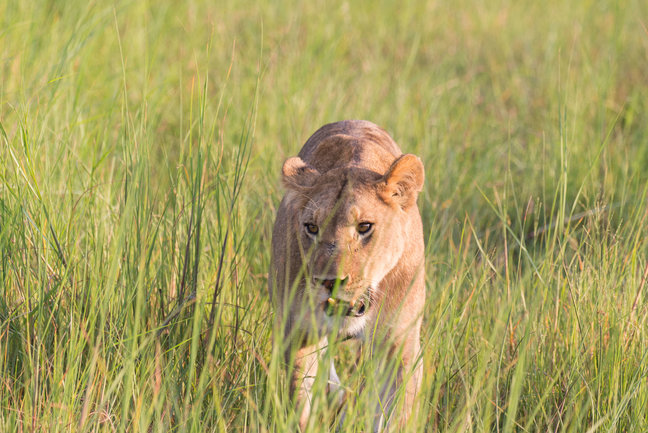 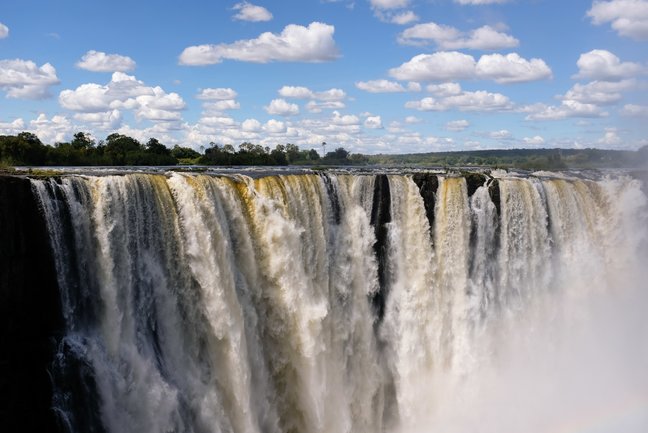 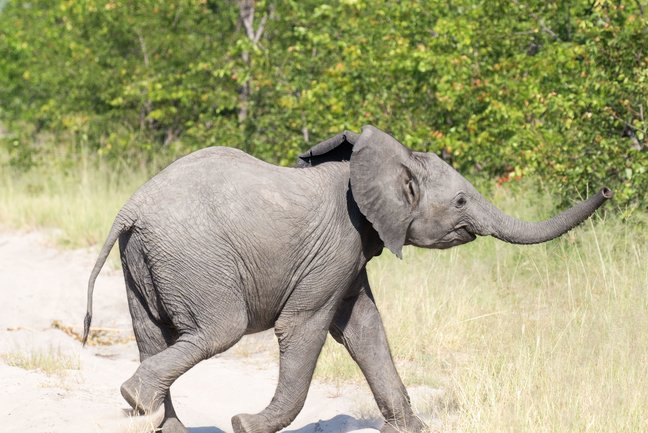 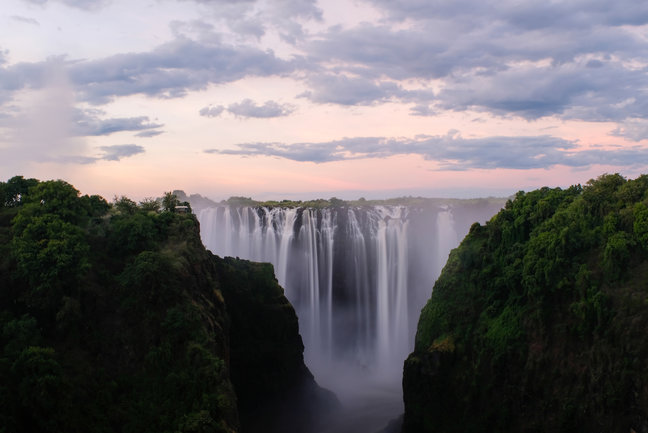 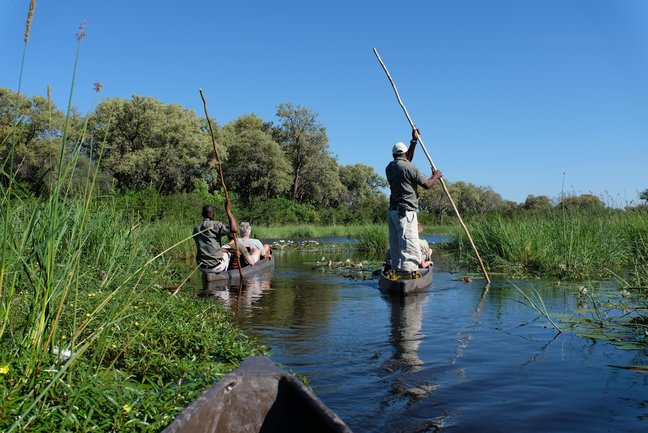 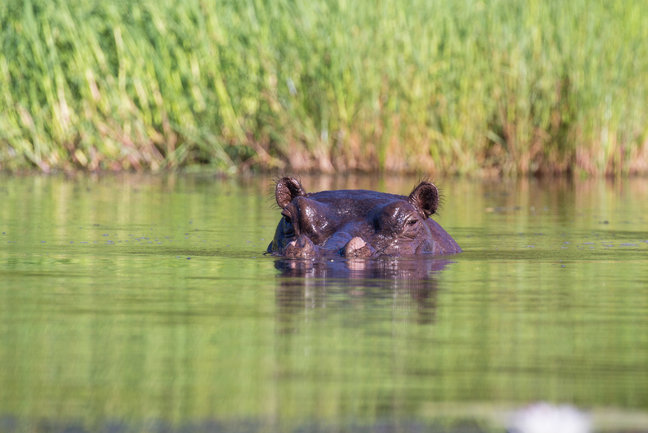 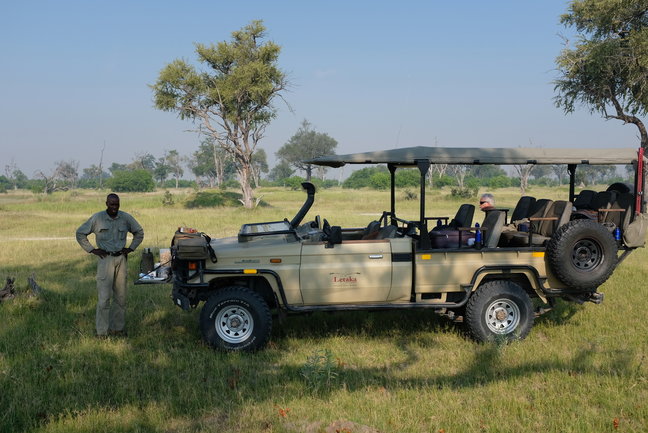 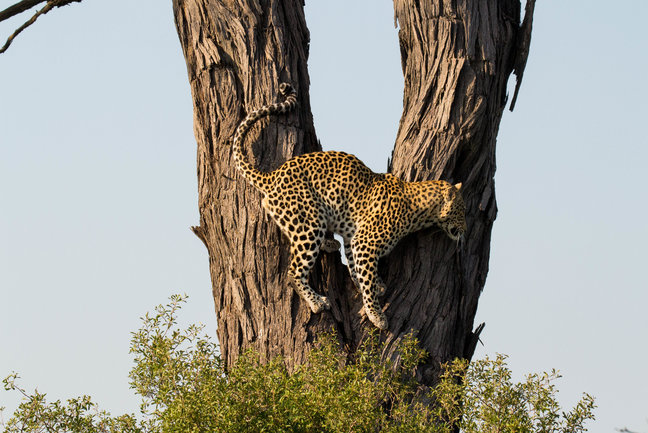 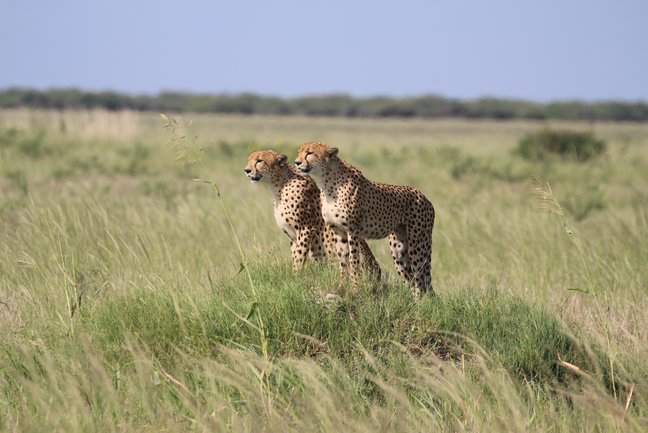 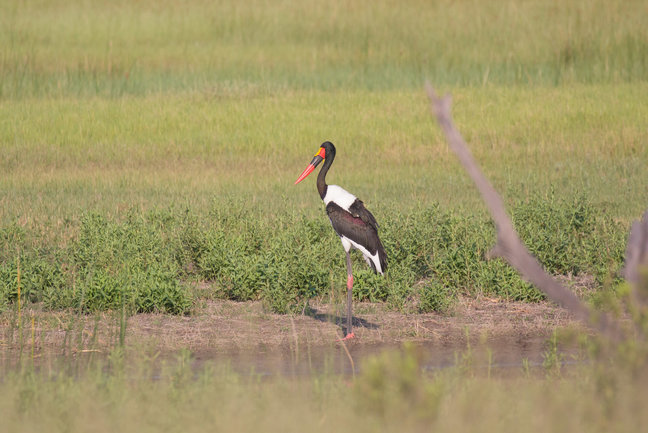 If a true African safari experience is what you are after, Botswana will deliver. This Botswana tour includes six nights camping in the Okavango Delta (three in Moremi National Park, three in the Khwai Concession), two nights near Chobe National Park, and ends with two nights at the spectacular Victoria Falls on the Zimbabwe-Zambia border.

This 14 day holiday allows you to experience the best of Botswana's wildlife, with game drives in the Okavango Delta's Khwai and Moremi regions and Chobe National Park, camping in remote wilderness and admiring the natural wonder of the mighty Victoria Falls in Zimbabwe. Delta Mobile Safari & Victoria Falls

Fly overnight from the UK to Maun, Botswana via Johannesburg.
Day 2 (Friday) - Arrive in Maun
Meal included on the international flight.

Arrive in Maun, the safari capital of Botswana. It lies at the southern edge of the Okavango Delta and is mainly used as a gateway to the delta. Transfer from the airport to your lodge and then have the rest of the afternoon at leisure. Situated on the banks of the Thamalakane River, around 19 kilometres from Maun, the lodge is an excellent introduction to the African bush, thanks to its tranquil location and the opportunity to watch birdlife and hippo from the terrace.
Day 3 (Saturday) - Fly from Maun to the Okavango Delta
Breakfast at the hotel, dinner at your campsite.

Spend the morning at leisure then you are transferred to Maun Airport in the early afternoon for your 30-minute light aircraft flight to the airstrip in the Moremi Game Reserve. As you fly over the Okavango Delta, look out for large breeding herds of elephant which can sometimes be spotted in the scrub, as well as buffalo and antelope on the open plains, and hippo in the waterways. Your safari guide and 4x4 vehicle will be at the airstrip to transfer you to the campsite. If time allows, go out for a short late afternoon game drive.
Day 4 (Sunday) - Game drive in the Moremi Game Reserve
Breakfast, lunch and dinner.

Today you will get your first full day of game viewing in the Moremi Game Reserve, located in the central part of the Okavango Delta. You start your game drives very early as the best wildlife viewing opportunities are in the morning. After a coffee and light breakfast around the fire before sunrise, head out into the bush in an open-sided vehicle with your guide and the rest of your group, keeping your eyes peeled for some of Botswana’s most iconic species including elephant, cheetah, lion, wild dog, antelope and over 500 bird species such as the lilac breasted roller and African spoonbill. After a few hours, stop for a tea break before heading back to camp for an early lunch. Have some time to relax around the camp, read a book, take a bucket shower and have a siesta before another game drive in the late afternoon. Thanks to wildlife protection and lack of boundary fencing, the game here roams freely and is relatively undisturbed compared to other reserves in Africa. In the evening, enjoy drinks around the fire before dinner.
Day 5 (Monday) - Game drive in the Moremi Game Reserve
Breakfast, lunch and dinner.

Another early morning has you up before sunrise, setting off for your morning game drive in the hopes of spotting more game. Moremi is among the best game reserves in Africa for seeing the endangered African wild dog, and breeding herds of elephant move between the mopane forests and the fresh water of the Okavango. After a break for lunch and a siesta at the camp, enjoy an afternoon game drive to enjoy the scenery and more game, including the red lechwe which is one of the more unusual antelope species found here. There is prolific birdlife in the swampy areas and open waters including cranes, rails, crakes, storks, egrets, herons and skimmers.
Day 6 (Tuesday) - Drive from Moremi to Khwai through one of Okavango's most scenic areas
Breakfast, packed lunch and dinner.

Begin the day with an early breakfast before sunrise, then set off on an extended game drive through some of the most beautiful parts of the Okavango Delta, towards the Khwai Community Area. Pass the magnificent Dombo hippo pools in the morning, stopping to enjoy the scenery and the antics of the resident hippos. Continue to Khwai where you will stop for a packed lunch in the wilderness before arriving at your new camp mid-afternoon. The campsite will be set up by the camp staff, ready for your arrival. Have some time to rest and shower then go for a late afternoon game drive to explore the Khwai area, with the chance of spotting herds of elephant, leopard, cheetah, lion and wild dog as well as an unusually high density of hippo and huge crocodile in the river. Some of the bird species here include the African hawk eagle, tawny eagle, little sparrow hawk, red-headed weaver, stierling’s wren-warbler and scarlet-chested sunbird.
Day 7 (Wednesday) - Traditional mokoro canoe ride and game drive in the Khwai region
Breakfast, lunch and dinner.

In the morning take a short game drive to the waterway to board a traditional mokoro dugout canoe. On this excursion* you are guided through the channels of the River Khwai by an expert guide, with the chance to spot spectacular birds, and occasionally hippo, crocodile and elephant. In the afternoon, go on a game drive to see predators, giraffe and antelope like tsesebe, wildebeest and kudu. The Khwai concession boasts huge populations of bull elephant and breeding herds. In the evening you can go on a night drive to see how the bush comes alive when the sun goes down.
Day 8 (Thursday) - Morning and afternoon game drive in the Khwai region
Breakfast, lunch and dinner.

Spend another morning exploring the Khwai region. During certain times of the year when the grass is not too high it is sometimes possible to do walking excursions, allowing you to get a different feel for the region. Lunch and relaxation time back at the camp is followed by an afternoon game drive. This is one of Botswana’s birding meccas, with the western parts being the prime habitat for the rare Rosy-throated Longclaw. The entire length of the river is hunting domain for the bat hawk. Other interesting birds of prey here include the cuckoo hawk, long crested eagle and black sparrowhawk.
Day 9 (Friday) - Fly from Khwai to Kasane
Breakfast at the lodge.

After breakfast, take a final game drive to the airstrip where you are met by your light aircraft flight to Kasane then transfer to your lodge on the banks of the Chobe River. The afternoon is free to relax.
Day 10 (Saturday) - Take the optional Chobe Wildlife Excursion
Breakfast at the lodge.

Free day to relax or do one of the activities around the lodge or you can take the optional Chobe Wildlife Excursion which includes a game drive and boat cruise. This two-part trip starts with a game drive to spot Chobe’s spectacular elephant population and other game including lion, leopard, giraffe, buffalo and a variety of antelope. Return to the lodge for lunch (not included) and some free time. Part two of the excursion is an afternoon game viewing boat ride on the Chobe River. The river is filled with large pods of hippo as well as some of the biggest crocodiles in Africa. Other game can be spotted along the river banks.
Day 11 (Sunday) - Travel to Victoria Falls. Take the optional Sunset Zambezi Cruise
Breakfast at the lodge.

Today you travel onwards to Victoria Falls, one of the Seven Natural Wonders of the World in Zimbabwe. After breakfast, drive roughly two hours to the border, arriving at lunch time. Then enjoy a free afternoon and perhaps take the optional Sunset Zambezi Cruise in the evening, which is a superb way to relax and admire the beauty of the river, enjoying drinks and snacks as you watch the sun set. You have the opportunity to see a variety of wildlife along the river banks including hippo, crocodile, and elephant and sometimes even rhino, as well as many different bird species.
Day 12 (Monday) - Explore the falls on your own, or take the optional Victoria Falls Guided Tour
Breakfast at the hotel.

The largest waterfalls in the world, based on the sheer volume of water passing into the gorge, Victoria Falls is an iconic African sight. If you choose to explore them on your own, you can walk from the town to the falls and appreciate their epic scale (over 1700 metres of white-water cascades) from numerous lookout points that run along the gorge inside the national park. As well as the main falls, you can get views of the Devil’s Cataract and Danger Point. If you visit the Zambian side, get a different angle of the falls as you watch the water plummet over the edge from just a few feet behind the Eastern Cataract. Water levels are at their highest between March and June, meaning the falls are at their most magnificent and visitors should expect to get wet. During this time, visibility from some lookouts can be limited by the abundance of spray and mist. Take the optional Victoria Falls excursion to visit the falls on the Zimbabwe side, where you can learn about the history and observe the flora and fauna. Towering over the Batoka Gorge between Zimbabwe and Zambia, the 198-metre bridge was opened in 1905 and represents an incredible feat of Victorian design and industrial revolution engineer. It provides a platform for various activities including historic tours and bungee jumping.
Day 13 (Tuesday) - Fly overnight to the UK
Breakfast at the hotel. Meal included on the international flight.

Transfer to Victoria Falls airport for your return overnight flight to the UK, via Johannesburg.