If you haven't heard of São Tomé and Príncipe, it's about time. 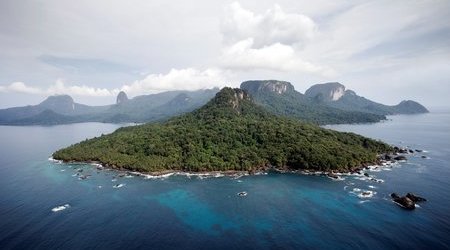 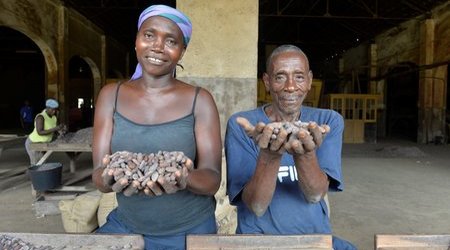 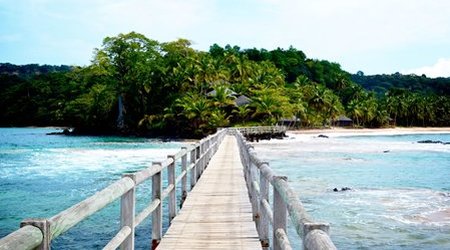 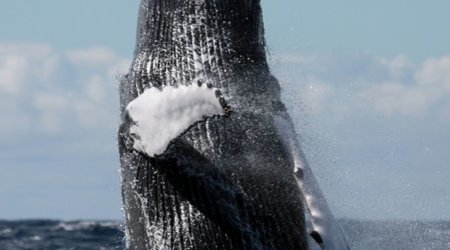 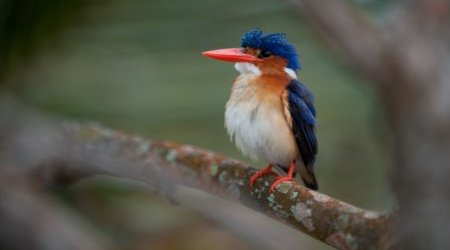 28 Aug 2018
Hidden in the Gulf of Guinea, off the west coast of Africa, lie the forgotten volcanic islands of São Tomé and Príncipe. These are the islands time forgot; a real-life Jurassic park, but without the dinosaurs!

Instead, the dense rain and cloud forests, which cover about 90 per cent of the islands, are teem with endemic birds and other wildlife - with the islands surrounded by a colourful underwater world of tropical fish, whales, turtles and more.

History
The Portuguese saw its potential in the 1400s; they introduced sugar cane and the islands soon became a major trading post and, a dark point in the island’s history, a hub for the transatlantic slave trade.

Cocoa was later brought from Brazil, securing this tiny archipelago as the first African country to grow this infamous bean; it’s hard to believe this tiny nation used to be the largest chocolate producer in the world, and even now still produces the best quality cocoa beans.

The islands became independent in 1975. Today, they are a delightful blend of modern and traditional living, with colonial buildings and other mementoes of five centuries of Portuguese rule, and a bounty of natural wonders.

“My first impression is romantic; people sit out on the veranda under twinkling lights chatting and eating. It feels exotic, friendly and like THE place to be.”

Our São Tomé and Príncipe specialist Emma said these words when she first visited, and indeed, for those who are after an African experience with a difference, it is ‘the place to be’.

Activities
There are deserted palm tree lined beaches waiting to be explored, rainforests to discover, whales and turtles to watch and a rich underwater world to observe with your snorkel or dive gear.

Add to these boat trips, stunning guided walks, cycling between tiny fishing villages, jeep tours, kayaking and paddle boarding.… Quite simply, from family adventures to romantic honeymoon getaways, these little islands have something for almost every interest.

Tantalise your taste buds
If you fancy something a bit different, stay at a beautifully restored plantation like Roca Sao Joao or Roca Sundy where local produce is used to create the most mouth-watering of dishes. Alternatively, take the opportunity to meet one of the legends of the chocolate world, Claudio Corallo, at his chocolate laboratory in Sao Tome city.

What can be better than drinking a cup of local coffee (cafe de ca), whilst sampling a bar of the best organic chocolate in the world?

An eclectic culture
The way of life on Sao Tome is a rich and exotic blend of traditions passed on from Angolan, Cape Verdean and Mozambican slaves brought over by the Portuguese in the late 1400s to work in the sugarcane fields and later in other plantations.

The Tchiloli, or tragedia, is a dramatic cultural play and dance telling the tale of a quest for justice.  The all-male cast dress in costumes that combine traditional African themes with modern European ones and some characters wear dark wire masks like those worn for fencing. The lively performance is accompanied by a band playing drums, bamboo flutes and shaking sacaias filled with shells and seeds.

Traditional medicine tours are a wonderful way to learn how real life is for people on Sao Tome; you’ll be taken away from the main roads and into the community where you’ll be shown how different healers work using massage and plants to treat everything from bruising after accidents to problems conceiving!

Accommodation
From tented eco lodges and exquisite hotels to colonial plantation stays and beachside bungalows, São Tomé and Príncipe feature some of the world’s most beautiful places to stay.

Getting around São Tomé & Príncipe
Cars, foot and bicycles are the most common forms of transport on both islands. Overall the roads are reasonable, but a 4WD is recommended when visiting the interior of São Tomé. Be aware of the numerous potholes, as they can seriously damage the undercarriage of your hire car!

Like the African mainland, shared minibuses and yellow taxis are popular with the locals.

Getting there
The best option for getting to the islands is on TAP Air Portugal, via Lisbon (with a short stopover in Accra). Low-cost airlines Easyjet and Ryanair also fly to Lisbon and you can get a connecting flight.

Island holiday specialists Archipelago Choice organise tailor-made holidays to the Azores, Cape Verde, Madeira and Saõ Tomé and Príncipe. With 20 years of experience behind them, the holidays are created with great care, using the team’s extensive experience of travelling around the islands. To found out more about São Tomé and Príncipe, or any of Archipelago Choice’s other destinations, call 01768 721 017 or email emma@archipelagochoice.com
Share
Categories: Destination Travel
BACK
Blog categories