A Guide to The Best Cities in China 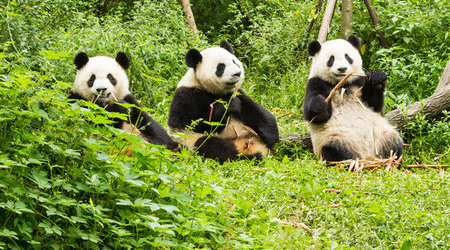 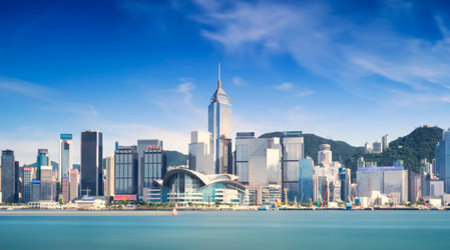 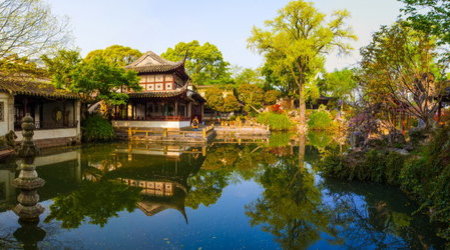 23 Jul 2018 Being the 4th largest country in the world there are hundreds of cities to explore in China with each one having its own identity, be it culture, cuisine or wildlife. This amount of choice can make planning a trip to China a daunting experience. That is why tailor-made holiday experts, Pettitts Travel, have put together the following list of top cities to visit, covering everything from the infamous Great Wall to panda spotting to Chinese gardens.

Beijing
Visiting the country’s capital, Beijing, allows you to soak up the history of China via iconic landmarks such as Tiananmen Square, the Forbidden City and the Great Wall. As well as being one of the top ten largest public squares in the world, Tiananmen Square has also been the location of several political Chinese events of modern history including protests during the May Fourth Movement in 1919 and the Tiananmen Square protests of 1989. Located about an hour and a half north of Beijing, Mutianyu is one of the easiest sections of the Great Wall to reach. Here it is possible to take a cable car up to the top of the wall. With parts of the Great Wall built as early as the 7th century BC, it’s impossible to not soak up the ancient history as you look at this magnificent structure snaking in front of you as far as the eye can see. If you’re feeling energetic why not enter the Huangyaguan Great Wall Marathon? A quarter of the race takes place on the Great Wall and involves climbing 3,700 steps!

Shanghai
Nowhere is China’s mix of architecture more prominent than in the country’s most populated city. Shanghai Tower measures a dramatic 632 metres and, on level 121, boasts the highest observation deck in the world. Nestling in the shadows of some of the tallest skyscrapers in the world lies a total contrast of architecture more traditional to China such as the Jade Buddha Temple and the City God Temple of Shanghai. For something completely different, take a stroll along the Bund and admire the European architectural influences which has given this area of Shanghai the name ‘Paris of the East’. Although one of the largest cities in the country, it is easy to get around Shanghai due to its fantastic public transport links.

Suzhou
China has been leading the way in garden design for centuries with unique features making them instantly recognisable. A trip to Suzhou gives you the opportunity to experience authentic Chinese gardens with many dating as far back as the 11th century. Suzhou homes a total of 69 preserved gardens with each one designated as a protected ‘National Heritage Site’. Noteworthy gardens to visit whilst in Suzhou include The Humble Administrator’s Garden, the Crown of Clouds Peak and Tiger Hill. As well as its outstanding classical Chinese gardens, Suzhou is also famous for being home to the ‘Grand Canal,’ the world’s longest canal measuring an outstanding 1,104 miles, over 200 miles greater than the distance between Land’s End and John o’ Groats!

Chengdu
The panda is unarguably the animal associated with China’s wildlife with all panda’s across the world actually being on loan from China. Chengdu offers the perfect opportunity to see this magnificent creature by visiting the world-leading Panda Breeding Centre. Only 60kms away in Dujiangyan is the China Conservation and Research Centre for the Giant Panda which allows you the unforgettable experience of spending the day taking part in the panda volunteer programme.

Xi’an
Home to a number of historical sites, Xi’an is the perfect city to learn more about China’s history. Scaling a magnificent 12 metres in height, 12 to 14 metres in width and covering 13.7 kilometres, the City Wall of Xi’an is one of the largest ancient military defensive systems in the world and the most complete city wall to have survived in China. A trip to Xi’an, or indeed China, would not be complete without visiting the Terracotta Army which is located close to the city. Discovered in 1974, these astonishing statues consist of over 8,000 soldiers, 130 chariots with 520 horses and 150 cavalry horses.

Lijiang
Considered by many to be China’s oldest city, Lijiang offers a refreshing alternative to the cosmopolitan Beijing or Shanghai. Lijiang allows you to experience a more traditional China with its cobbled streets and old wooden buildings, many of which have taken influence from the traditional Naxi timber and mud brick style of housing. A visit to Baisha Village, around 8km from Lijiang old town, allows you to truly understand the indigenous Naxi people’s slow pace of life. Here you can view the Baisha Murals which were completed by Han, Tibetan and Naxi painters.

Hong Kong
Known as the world’s most vertical city, due to more people living or working above the 14th floor than anywhere else on Earth, there’s no surprise that Hong Kong is home to the highest number of skyscrapers in the world, providing a stark contrast to the historical Lijiang. Measuring an impressive 484 metres high, the International Commerce Centre is the tallest building in Hong Kong. Alternatively, Victoria Peak, which, with an elevation of 552 metres, is the highest mountain on Hong Kong Island and offers fantastic panoramic views of the city. Known locally as ‘The Peak’ the area is a great location to spot a number of wildlife including a selection of species of birds and butterflies.

Pettitts Travel is an independent Tour Operator with over 30 years’ experience of creating authentic and inspiring tailor-made holidays. Call 01892 515966 or visit https://www.aito.com/pettitts-travel to speak to one of our team today.
Share
Categories: Destination Travel Travel Advice
BACK
Blog categories