The Art Collections of Milan 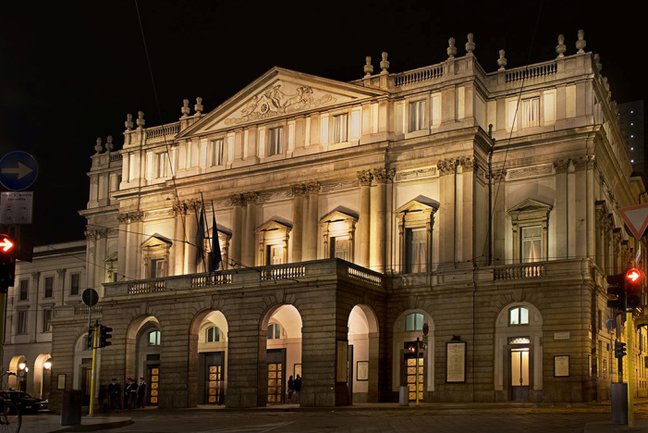 The Art Collections of Milan Overview

The Art Collections of Milan by CICERONI Travel. Discover the world of Renaissance patronage and the ruling Visconti and Sforza dynasties. F ocus on da Vinci’s Milan period. We explore the great collections of important Milanese families from the sixteenth to the twentieth centuries. Opportunity to book La Scala tickets including Simon Boccanegra.

Milan’s history begins with the Romans for whom it became a major city at the centre of an important road network. It eventually became de facto capital of the Western Roman Empire in the fourth century AD and as such became an important Christian centre under St Ambrose. Thereafter, Milan was occupied by many of the German and other tribes who crossed over the Alps. As the outline of medieval Italy emerged, the city became an independent Duchy (an area under specific military command) under the feudal control of the new Holy Roman Empire, an entity dominated by mostly German dynasties, particularly the Habsburgs.

Medieval and Renaissance Milan is inextricably linked to the two great princely families who ruled Lombardy as Imperial Dukes, the Visconti and Sforza dynasties. In the fourteenth and fifteenth centuries the Visconti family dominated affairs and became major patrons of the arts, creating in Milan a court of unrivalled wealth and beauty. But in 1450 they were replaced by the Sforza family who continued these traditions until they were expelled by the French, who invaded the Duchy in 1498, claiming it as their own, thus ending the city’s period as one of the centres of the renaissance. Nonetheless, for about a hundred years the Milanese Court employed an extraordinary range of architects, sculptors, painters, musicians and humanists. Above all there was Leonardo da Vinci and his contemporary, the marvellous architect, Donato Bramante, both of whose work will be one of the dominant themes on our visit. Thus, if you are interested in renaissance culture, Milan is an exciting place to study the mechanics of patronage, without the crowds of Florence, Rome or Venice.

Milan’s subsequent history is linked to those of the Habsburg family and their hereditary rights of involvement in Italian affairs as Holy Roman Emperors. The city and its Duchy (what is today modern Lombardy) continued their great role as commercial and manufacturing centres. Indeed, when Italy emerged as a united nation in the later nineteenth century, this role continued to develop, such that the city remains the business and commercial capital of the country. Modern Milan is a very wealthy place indeed as we shall see through the varied and rich collections housed within the palaces, houses and villas of the city and its surrounding hinterland.

We shall stay at the comfortable 4* Superior Hotel de la Ville . This is ideally located in the centre of Milan, close to both the Duomo and the major shopping streets. Please note that there will also be some free time for you to explore independently, given the city’s many temptations! The city’s La Scala Opera House is a short walk away and details of the opera program during our stay will be sent to you once performance details have been confirmed.