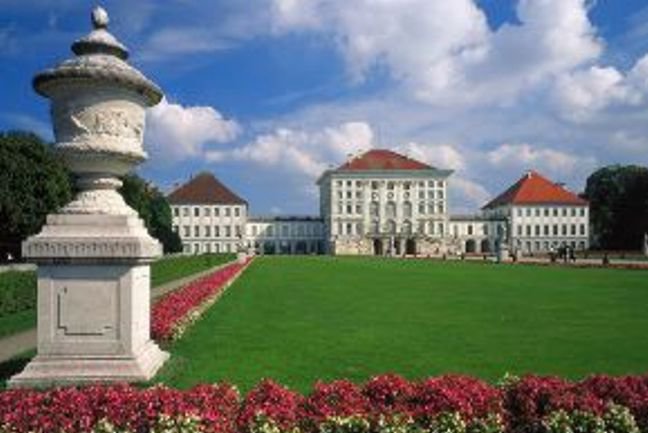 The Wittelsbachs: Munich & The Arts

Munich, founded in 1158 by Henry the Lion, was seized by the Wittelsbach family in 1180, eventually becoming the capital of their Duchy of Bavaria. It was the political and artistic policies of the Wittelsbach Dukes, Electors and Kings of Bavaria, which shaped the city. It is particularly rich in churches, palaces and museums from the eighteenth and nineteenth centuries and this vibrant milieu will be the focus of our visit.

Little of Munich’s medieval origins remain, due to a fire in 1327, apart from the imprint of its original layout. The late medieval city is better known and some splendid churches, particularly the Frauenkirche, survive. Indeed, the appearance of the medieval city is captured in a wonderful model created in 1570, which we shall see. Under Duke William V (1579 – 1598), Munich became a centre of the Counter-Reformation and some new churches were built. Gradually, a distinct Italian feel began to transform the architectural style of the city, sacred and secular. This is particularly apparent as the Wittelsbachs transformed their Ducal Residenz and commissioned further churches.

In the early eighteenth century, with long periods of peace about to dominate European politics, Bavaria, in common with all the other German Electorates and Principalities, embraced the late Baroque style of Italy, above all the fusion of Bernini and Borromini, imported via centres such as Turin. However by about 1725 French influence began to lighten this style as a particularly delicious variety of the Rococo was imported, represented by the extraordinary beauty of the Asam brothers’ church of St John Nepomuk.

Under the Elector-Duke, Maximillian III Joseph (1745 – 1777), Munich consolidated this “golden” rococo age, perhaps best typified by the exquisite Residenztheatre by Francois de Cuvillier. Just outside the city, two Schloss palaces, Nymphenburg and Schleissheim, were transformed. Together with the Duke’s munificent patronage of music and the decorative arts, this ensemble of princely buildings will, if unknown to participants, astonish with their delicate beauty.

When the Duke died in 1777, Bavaria passed in quick succession to two other branches of the Wittelsbach family, and it was the Zweibrucken-Birkenfeld line who eventually became Kings of Bavaria from 1806. With a much expanded territory, the enriched state treasury helped fund an extraordinary period for Munich as it was transformed according to new ideas of classical dignity under Ludwig I and romantic eclecticism under melancholy Ludwig II, Wagner’s doomed patron.

Ludwig I founded three great museums: the Alte Pinakothek for Old Masters, the Neue Pinakothek for Modern Art and the Glyptothek for Classical Scupture. The first and third of these were designed by the great neoclassical architect Leo van Klenze, the second is a post World War II replacement. All three collections are stunning.

In addition to visiting the churches, palaces and museums mentioned above, participants will also be able to book tickets for several operas including Giordano’s Andrea Chénier with the wonderful Jonas Kaufmann in the title role and Anja Harteros as Maddalena; Donizetti’s La Favorite with Elīna Garanča as Leonor; Offenbach’s Les Contes d’Hoffmann with Diana Damrau as Olympia/Antonia etc; and Weber’s Oberon with Julian Prégardien in the title role. There will also be a chamber concert in the fabled Residenz Theatre with String Quartets Nos 1 & 8 by Shostakovich and Schubert’s finest chamber work, the String Quintet in C, D 956.

We shall be based in an excellent 4* superior city centre hotel, the Platzl. In addition, participants will also be able to book tickets for the opera and ballet at the Bavarian State Opera: Rossini’s La Cenerentola, Minkus’s La Bayadere and Strauss’s Der Rosenkavalier.