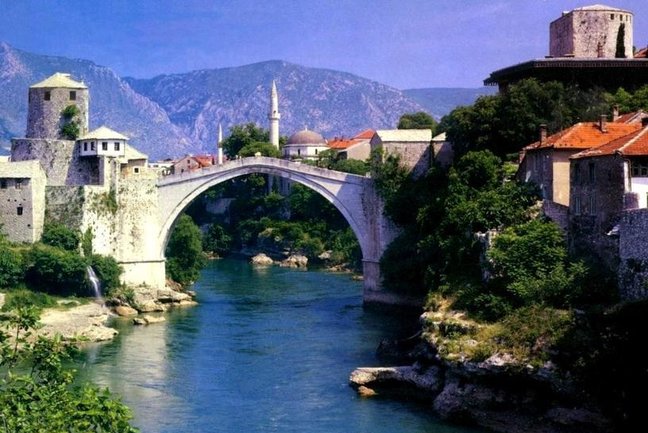 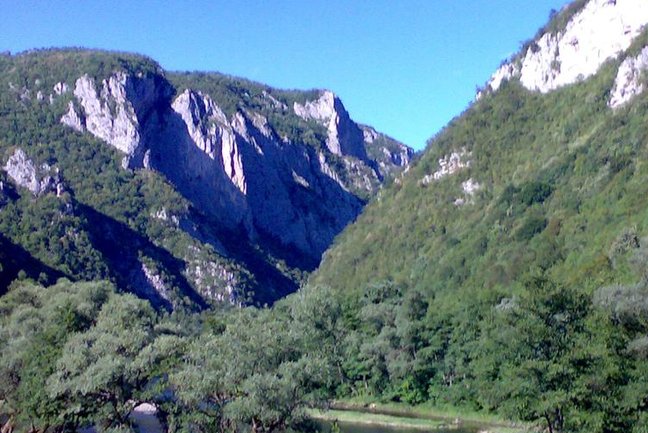 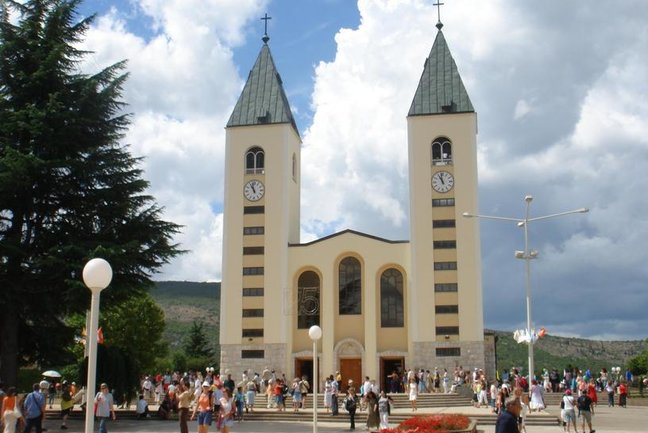 Find out more about the Balkan Explorer

Discover the charms of one of Europe’s most beautiful corners, with stunning national parks, a fascinating mix of cultures and enchanting old towns dripping with centuries of history. Our group tour starts and ends in the Serbian capital, Belgrade and inbetween visits Montenegro, Croatia, and Bosnia and Herzegovina.

Day 1 – Belgrade, Serbia
On your arrival in Belgrade you will be met and transfer to hotel. The rest of the day is free time. Overnight Hotel Rex or similar hotel

Day 2 –Belgrade
Today we start with a tour of Belgrade, taking in the temple of St Sava, the parliament buildings and Republic Square, and the Kalemegdan Fortress. Later on we will join up with a cruise on the Danube to see more of the city’s sights, before some free time to explore the city on your own. (Note: cruise is dependent on the weather conditions). Overnight Hotel Rex or similar hotel (B)

Day 3 - Fruska Gora, Sremski Karlovci and Novi Sad
An early morning start as we set off to explore the Fruška Gora National Park, also referred as the “Serbian Athos” and “The Holly Mountain”, due to the 16 Orthodox monasteries from the late 15th and 16th centuries that are situated on its territory. We continue to Sremski Karlovci, a Serbian cultural centre in 18th and 19th centuries. Here we have a city tour and can partake in a wine tasting of local brands with appetizers at the local cellars. We will visit the Petrovaradin Fortress, knows as “The Gibraltar of the Danube” before exploring the historical attractions of Novi Sad, including the iconic clock tower. Overnight Hotel Rex or similar hotel (B)

Day 4 – Danube Valley
This morning we leave Belgrade behind as we travel along the winding valley of the River Danube. We visit the medieval fortress of Golubac, located near the border with Romania. The fortress is situated at the very entrance of the Djerdap Gorge, which is known also as the Iron Gates, on the section where the Danube River is at its widest. We continue to the archaeological site of Lepenski Vir, located in the Đerdap Gorge. It was the centre of one of the most important prehistoric cultures and the remains of religious architecture dating from 6500 to 5500 BC have been found here. Overnight Hotel Djerdap or similar (B)

Day 5 – Rajac Wine Cellars, Felix Romuliana and Vrnjcka Banja
This morning we travel to Rajac wine cellars, located near the village of the same name. It is a unique architectural complex of wine cellars built from the mid eighteenth century. The complex consists of 270 wine cellars and a central square with fountain. We will visit The National Museum in Zaječar before continuing to the ancient Roman complex of palaces and temples, Felix Romuliana. This is one of the most important late Roman sites in Europe. After exploring the site we will head to Vrnjcka Banja and our hotel for the evening. Overnight at Vrnjcka Banja Hotel (B)

Day 6 – Studenica and Sopocani-Kolasin Monasteries
Today we visit two UNESCO World Heritage Sites- the Studenica and Sopocani Monasteries, which are the largest and wealthiest of Serbia’s Orthodox monasteries. with fine Byzantine paintings; Sopocani is part of Stari Ras, Serbia’s first capital, a cluster of medieval fortifications and churches. Sopocani Monastery, built in 13th century, has frescoes that are considered to be masterpieces of European fresco painting of the time. We cross the border in to Montenegro and stay in the town of Kolašin. Overnight at the Hotel Cile or similar (B)

Day 7 – Biogradska Gora and Durmitor National Park
We continue on to Biogradska Gora, an isolated area of forests and mountains surround nine glacial lakes. This is one of Europe’s last three remaining primeval forests. Our journey continues to the Durdevica Tara Bridge, which at 172 meters above the Tara River, was at the time building was finished, the biggest vehicular concrete arch bridge in Europe. This is a great place to for a photo opportunity before we travel to Durmitor National Park with its breathtaking scenery of mountains, forests, lakes and high pastures. We will visit the Black Lake and, time permitting, take a walk around lake. Overnight Hotel Enigma or similar, Zabljak (B)

Day 8 - Sedlo pass, Ostrog and Cetinje
The Sedlo Pass (1907 m) on the road from Zabljak to Piva Lake is the highest road pass in Montenegro and we will stop here for a photo break with views over the Piva River Canyon. We continue our journey with a visit to the Ostrog monastery, with its chapels set in a sheer rock face and linked by beautifully decorated caves, passages and stairways. There is a visit to Podgorica where we have a few hours of free time before we end our day in Cetinje, an important historical centre dating from the 15th century and the cultural and spiritual heart of Montenegro. Overnight Hotel Sport Inn or similar (B)

Day 9 – Cetinje to Lovcen and Kotor
This morning we visit the former palace of King Nikola, now Montenegro’s National Museum in Cetinje before we set off to Kotor. On the way we will stop for a visit at the Lovcen National Park and view the mausoleum of Peter II Petrovic Njegos. Our journey today ends in Kotor (or Prcanj a few kilometres from the city), where we will have a walking tour to discover the old city, the Cathedral of St Tryphon and the fortress of Saint Ivan. Overnight Hotel Marija 2 or similar (B)

Day 10 – Kotor and Dubrovnik (Croatia)
After breakfast we will take a cruise around some of the islands in Kotor bay. (Note: Subject to weather conditions). We then cross the border in to Croatia and head to Dubrovnik, which is one of the most attractive cities in the region. Here we will take a walking tour with a local guide and visit the Dominican Monastery. We leave Dubrovnik and head to our stopover for the evening, Trebinje, just over the border in Bosnia and Herzegovina. Overnight at Platani Hotel or similar (B)

Day 11 – Trebinje, Radimlja, Blagaj Tekija and Mostar
Today we will start with a morning sightseeing tour of Trebinje before travelling to the necropolis on Radimlja. This is the best known site of the medieval tomb stones in the country and is among the most valuable monuments of the medieval period in Bosnia and Herzegovina. Our next stop is the village of Blagaj Tekija, a Dervish monastery outside Mostar that is nearly 600 years old. Situated at the base of a cliff, next to the source of the river Buna, it’s a unique and picturesque series of buildings. The last stop of the day is Mostar, where we check in at our hotel for the evening. Overnight Hotel Rivero or similar (B)

Day 12 – Konjic and Sarajevo
We leave Mostar this morning to head to the capital of Bosnia and Herzegovina, Sarajevo. On the way we will stop off at Konjic. The city is one of the oldest permanent settlements in Bosnia, dating back almost 4000 years and is set in a beautiful wooded area that is popular with outdoor sports enthusiast and walkers. Our journey continues to Sarajevo where we will take a tour through the old oriental part of Bosnia and Herzegovina’s capital city, with its beautiful architecture, sweet shops and cafes. We visit the Latin Bridge, site of the start of World War I and where you can spot various markings on the pavements which are ‘mini-memorials’ to the sniper victims of the recent war. We also visit the tunnel museum, a section of the tunnel that was the only way of accessing the city during the siege of 1992-1995. Later there is free time to explore the city on your own. Overnight Hotel Hecco or similar (B)

Day 13 – Sarajevo
We will visit the River Bosna and have free time today to explore Sarajevo at your own pace. Overnight Hotel Hecco or similar (B)

Day 14 – Visegrad and Belgrade
We leave Sarajevo and stop to visit the Mehmed Paša Sokolović Bridge, the historic bridge in Višegrad widely known from book “The Bridge on the Drina”, the best known novel of Serbian writer and winner of the Nobel prize, Ivo Andrić. It was built in 1577 by the Ottoman court architect Mimar Sinan on the order of the Grand Vizier Mehmed Paša Sokolović. From Visegrad we take the road via the Tara Mountain and the Drina River valley (with photo stops) back to Belgrade. Overnight Hotel Rex or similar hotel (B)