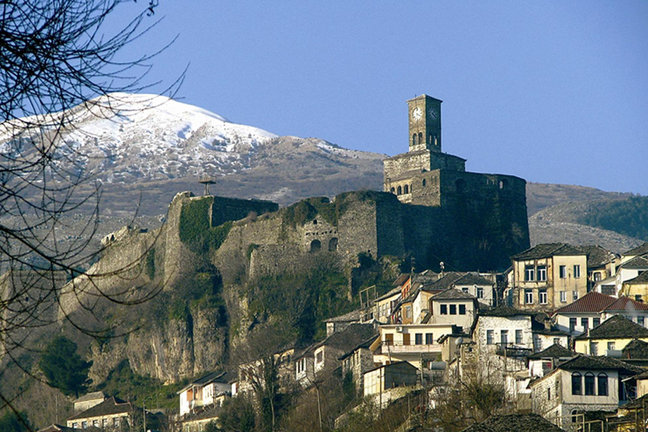 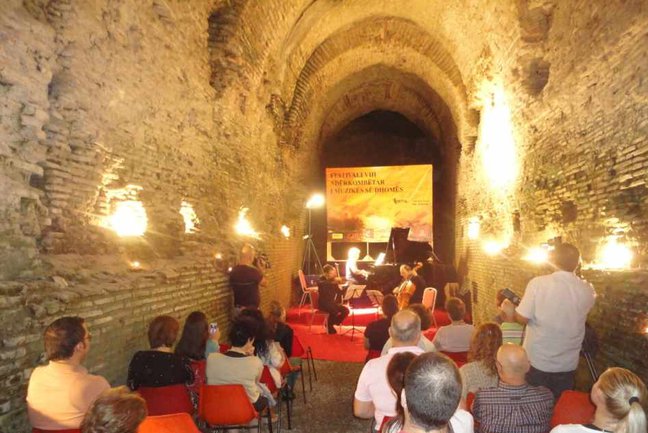 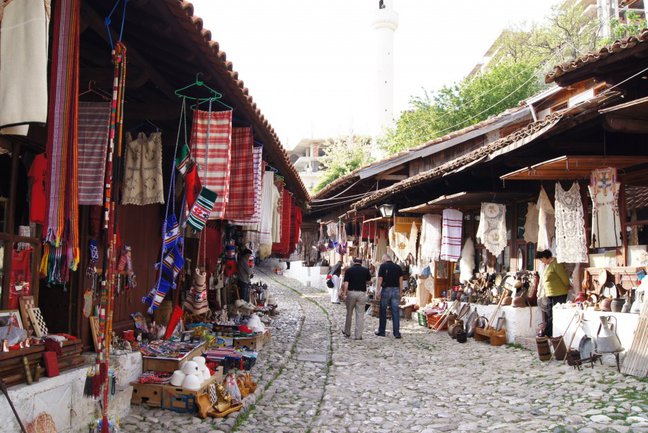 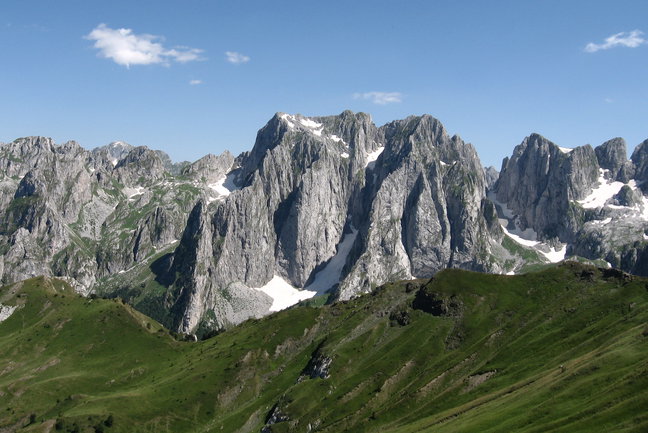 Find out more about the Albania Explorer - 10 Day Tour

As a geographical and cultural entity Albania has often been enigmatic and somewhat misunderstood. This ancient land offers something increasingly rare these days – a glance into a culture that is all its own. Our tour focuses on the cultural and historic aspects of the country but also the beautiful pristine beaches and dramatic mountains.

Arrival at “Mother Theresa” International Airport in Tirana, and transfer to hotel. Then visit the city of Tirana. Tirana is located on a plain on the site of a Byzantine fortress and has been the capital of Albania since 1920. There are visits to the Skanderbeg Square, Mosque of Ethem Bey, the Clock Tower, the National Museum and the National Art Gallery.
Overnight at a 4* Hotel

After breakfast, we travel to the town of Kruja. Kruja was the centre of 15th century Albanian resistance to the Ottomans, under the leadership of national hero Gjerg Kstrioti “Skanderbeg”. Visit the Skanderbeg Museum inside the castle of Kruja and the Ethnographical Museum. The street to the castle is built in the style of an old medieval bazaar, where we can see a wonderful selection of authentic antiques and souvenirs. We travel to Lezha, a town located on north-west of Albania. In the ancient period it was called Lissus. Upon a high hill there exist still the Illyrian walls and under them the surrounding walls of a Syracuse colony. Visit to Mausoleum of Scanderbeg and a visit to the castle of Lezha. Than we continue to Shkodra. Shkodra’s is one of the oldest cities of Balkan Peninsula and the capital of Ex-Illyrian Empire. It is set in a stunning landscape with highland Albanian Alps on north. We visit the Castle of Rosafa and the museum inside it and enjoy wonderful views of mountains. A city tour of Shkodra follows with the Old Bazaar, Centrum, cathedral and mosque. Bat tour (on request).
Overnight at a 3* Hotel

This morning we travel to Durres, which is located on the Adriatic coast and is the main commercial port of Albania. Durres which is also Albania's second largest city, was known in Roman times as Durrahium, and is one of the oldest towns in the country. Legend says that it was founded by Epidamnos, the Illyrian King of the area, who called it by his own name and named the port area after his grandson, Dyrrah. It was for centuries the largest port on the Adriatic, and the start of the Via Egnatia to Constantinople (today Istanbul). We visit the Roman amphitheatre and the Archaeological Museum, situated near the sea and rich in objects excavated in Durres. We also visit the Roman Baths behind the Aleksander Moisiu Theatre on the central square. Afterward, we continue to Berat. One of the oldest inhabited regions of Albania, more than 2400 years old, and with special status from UNESCO. Our tour will visit the castle of Berat, Mosque of Berat and the old Bridge of Gorica.
Overnight at a 3* Hotel in old town Berat

Today we travel to the archaeological site of Apollonia, founded in 588 BC and taken by Aristotle as a model in his analysis of oligarchy, because of its distinct and separate Greek and Illyrian communities. It was a vital stronghold in Caesar's civil war with Pompey and also important in early Christian history with its bishop attending the councils of Ephesus and Chlalkis in 431 and 451 AD. The trip continues to Vlora, where we have a city tour and walk in the evening along the magnificent Vlora shore.
Overnight at a 4* Hotel

In the morning we depart to Saranda via Llogara where we stop for a coffee break and enjoy the spectacular views of the Ionian Sea and Albanian Riviera. Along the way we will also see many other interesting picturesque villages like, Palase, Dhermi, Qeparo, Himara (visit to the castle) and Borsh. Another stop at Porto Palermo (ex-navy submarine base) where we have a visit to Ali Pashe Tepelena’s castle constructed over a beautiful hill in the sea. In the evening we arrive in Saranda and take a visit to the Lekuresi Castle.
Overnight at a 4* Hotel

After breakfast we visit the ruins of Butrint, Albania's most important archaeological site. Butrint dates from the 7th century BC, later becoming a Roman colony, then falling under the sway of the Venetians and Turks. Virgil claimed that the Trojans settled Butrint, but no evidence of this has yet been found. Within a century of the Greeks arriving, Butrint had become a fortified trading city with its own acropolis, the ruins of which we can still visit. The rediscovered city is a microcosm of almost 3,000 years of Mediterranean history, and its 6th century BC fortification evokes the city's military power and symbolizes the rich culture of the once thriving ancient city. We explore the amphitheatre, Venetian tower, mosaic, lion gate and more. Lunch at Ksamil before an afternoon walk in Saranda to the Monastery of Forty Saints. We have dinner at the Lekuresi Fortress in Saranda with great views of the bay of Saranda and the Island of Corfu.
Overnight at a 4* Hotel

This morning, we continue to Gjirokaster. On the way there, we stop off at “Blue Eye” National Park for a coffee break. On arrival in Gjirokaster we take a city tour and visit the Castle and Weapons Museum.
Overnight at a 3* Hotel

We stop at the castle of Tepelene, famous for Ali Pash Tepelena, the leader of Ioannina Province under the Ottoman Emperor reign and then continue to Permet, known for its production of traditional raki and wine. On our journey towards Korca, we enjoy the views of nature all around. In the afternoon we arrival in Korca.
Overnight at a 3* Hotel

Today we continue to Elbasan and stop for a short city tour, taking in the Elbasani clock, the ethnographic Museum, the Old Mosque and the Via Egnatia. We continue to Tirana were we stay on our last night.
Overnight at a 4* Hotel

At a suitable time you will be met and taken to “Mother Teresa” International Airport of Tirana for departing flight.